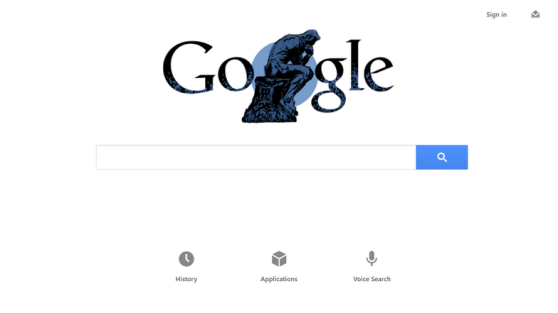 The app joins the identical one Google released for Windows 8 in October. And like that app, Google Search for Windows RT offers a bit more than what its name suggests. With the app installed, users are taps away from a variety of Google products, including Gmail, Google Drive, and Google Maps.

Judging by the app, it’s clear that Google is serious about letting Windows RT users know that they still have access to Google’s services even while inside Microsoft’s own ecosystem. While that may seem like a bad thing for Microsoft, it’s actually exactly what the company wants: The more apps available for Windows 8 and Windows RT, the more attractive the platforms become for potential customers.

So what’s next for Google and Windows RT? Hopefully a native version of Chrome, which is will be key if Google wants to offer an alternative to Internet Explorer 10.