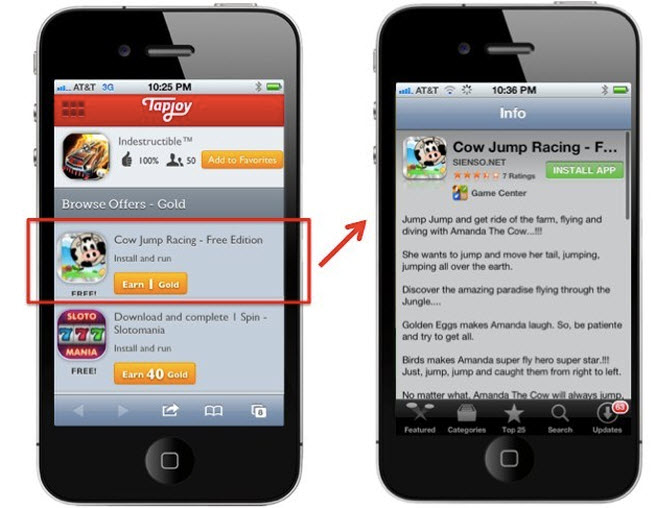 Tapjoy is back on the hot seat again.

Glu Mobile, a publicly traded mobile game company, noted in its conference call with analysts this week that it saw a drop in iOS ad revenues because Apple has extended its prohibition of incentivized ads to include what Tapjoy is now doing: Linking to external HTML5 websites that offer incentives.

We’ve asked Apple for comment and haven’t heard back.

Nicolo de Massi, the chief executive of Glu, said in the company’s earnings call, “This reduces revenue from the Tapjoy iOS channel. As a result, our expectation for Q4 are being substantially lowered to reflect these factors as well as to delay our five new titles while our president of studios completes its 60-day review.” About 13 percent of Glu’s revenue comes from Tapjoy.

As noted by TechCrunch founder and investor Michael Arrington, Tapjoy’s strategy appears to be a way to get around Apple’s review process because the HTML5 pages aren’t live when the app is submitted for review. 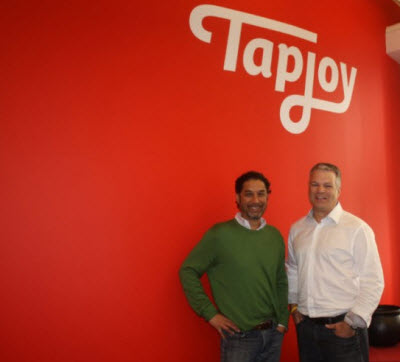 Tapjoy says that Arrington is full of baloney, that consumers really do want the apps, and that its business is completely legitimate.

It’s not the first time Arrington has taken aim at Tapjoy. In 2009, Arrington criticized Tapjoy (then known as Offerpal, before its merger with the mobile ad firm Tapjoy) in a widely-cited post titled “Scamville,” in which he excoriated Facebook and its partners for offering scam-like ads where users could get free virtual goods in games so long as they accepted special ads known as offers. Those offers included signing up for Netflix subscriptions, but Arrington accused Offerpal of putting scams in front of its consumers, such as getting them to sign up for mobile phone subscriptions that they didn’t realize they were signing up for.

Arrington spiced up yesterday’s post with colorful words, including “brazen consumer ripoff schemes” and “junk apps.” He said that Tapjoy “just can’t seem to find an honest way to make a buck.” As to the apps that are offered as incentivized downloads, Arrington added, “uniformly, they suck.” In conclusion, he said, “I can’t wait to see what Tapjoy does next in this ever-escalating arms race. One thing’s for sure — it’ll be very profitable. And very shady.”

We recently interviewed Mihir Shah, the CEO of Tapjoy (pictured left), and the topic of Apple didn’t come up. Shah responded with his own blog post:

I wanted to take a moment to address a recent article that is making the rounds this morning. It is not only a clear misrepresentation of what we do at Tapjoy but also, unfortunately, an attack on the integrity of our developer partners and the quality of their work.

There are a few claims in this article that require addressing head-on.

First, Tapjoy counts among our partners thousands of developers and advertisers, and we take issue with the author’s assertion that they are publishing “junk.” The Mobile Value Exchange model that is at the heart of our platform serves a viable and valuable purpose for those developers, as well as consumers and advertisers.

Second, we work diligently to ensure compliance with Apple’s TOS [Terms of Service], and each week, Apple approves hundreds of apps that integrate and leverage Tapjoy. In fact, Apple has featured a number of Tapjoy-enabled apps in the last few months. We fundamentally agree with Apple’s point of view ensuring a great user experience, and we feel that the Mobile Value Exchange and Tapjoy.com are important components of this shared vision.

Third, we continue to work with our partners to provide an engaging user experience through iOS, Android, and on mobile web via HTML5 sites. Just like thousands of other talented developers, Glu continues to be a strong partner of Tapjoy as we continue to deliver best-in-class services to our mutual consumers. In addition, platforms such as SK Planet and Gfan agree that we are accretive to their massive app stores and provide a huge value to their audiences.

Lastly, this article slights the intelligence of consumers and inaccurately characterizes a double opt-in, ad-driven model that works. The simple fact is that 110 million monthly active users and 13 million registered users on Tapjoy.com agree with the Mobile Value Exchange model. They do so because they love what we collectively provide. There’s obviously a lot of work to be done to solve the global issue of app discovery, so Tapjoy will continue to invest in this area and work tirelessly to move the mobile ecosystem forward. The bottom line is that Tapjoy offers consumers an ad-driven model to obtain premium content [that] they love, and which works efficiently for developers and brand advertisers.