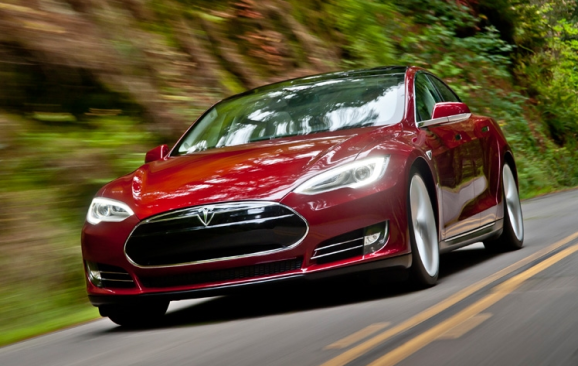 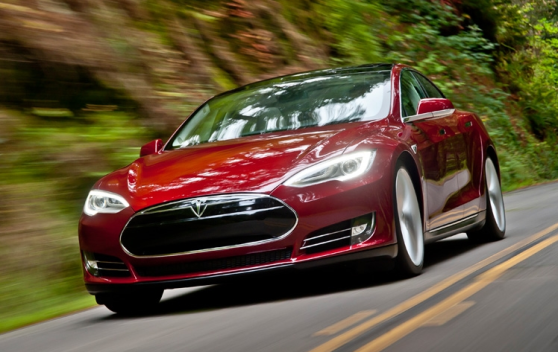 Tesla Motors may only make a few hundred cars a quarter, but that’s not preventing it from taking Motor Trend’s highest honors.

The Model S has been named Motor Trend’s 2013 car of the year  — the first electric car to get the nod in the magazine’s 64-year history.

Praise for the car was, in a word, effusive.

“It drives like a sports car, eager and agile and instantly responsive. But it’s also as smoothly effortless as a Rolls-Royce, can carry almost as much stuff as a Chevy Equinox, and is more efficient than a Toyota Prius,” Motor Trend said.

While Motor Trend praised the Model S’s design, engineering, and energy efficiency, the magazine was most impressed that the car exists at all. “The mere fact the Tesla Model S exists at all is a testament to innovation and entrepreneurship, the very qualities that once made the American automobile industry the largest, richest, and most powerful in the world,” the magazine said.

And things can only get better for Tesla Motors from here. During its quarterly earnings report earlier this month, the company said it had reached a turning point in production that will allow it to transition from being a small-scale car maker to a large-scale manufacturer. That’s a big deal, as it pushes cars like the Model S closer towards the mainstream (assuming that $90,000 price tag comes down, anyway).

But for Motor Trend, Tesla Motor’s electric car is in a pretty good spot where it is. “At its core, the Tesla Model S is simply a damned good car you happen to plug in to refuel,” the magazine said.