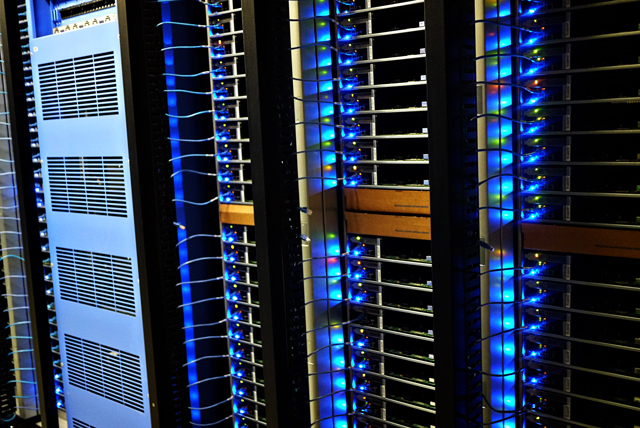 Facebook’s Prineville, Ore., data center is its flagship for open-source hardware. As part of its ongoing Open Compute Project, Facebook has been very open on how it keeps its servers cool with a system that only uses outdoor air to ventilate the machines — no air conditioning. The servers there run at a higher-than-normal temperature, but with little or no negative impact on efficiency and hardware lifespans.

However, the same approach wasn’t as feasible for the social network’s data center in Forest City, North Carolina, where each summer the only thing higher than the temperature is the humidity.

“To try to make the free cooling system work in Forest City, we expanded the server environmental conditions on the high end. Because dry bulb temperatures are warmer in western North Carolina than they are in central Oregon, we set the upper end of the server inlet temperature range at 85°F, instead of at 80°F. And because of the higher humidity in North Carolina, we expanded the relative humidity (RH) maximum from 65 percent RH to 90 percent RH.”

Thanks to climate change and what have you, North Carolina experienced record highs this year, with temperatures peaking at and even exceeding 100°F. But the new system held up just fine, Lee said.

“Despite the record-breaking heat, we didn’t run the DX coils at all this past summer. … When the record hot days occurred, relative humidity was low, allowing the misting system to provide all the needed cooling.”

Amazingly enough, the Forest City data center ended up being slightly more energy-efficient for the summer months of 2012.

For those of you who are fascinated by the subject, the Open Compute Summit is coming up in January and will be held in Santa Clara, Calif.