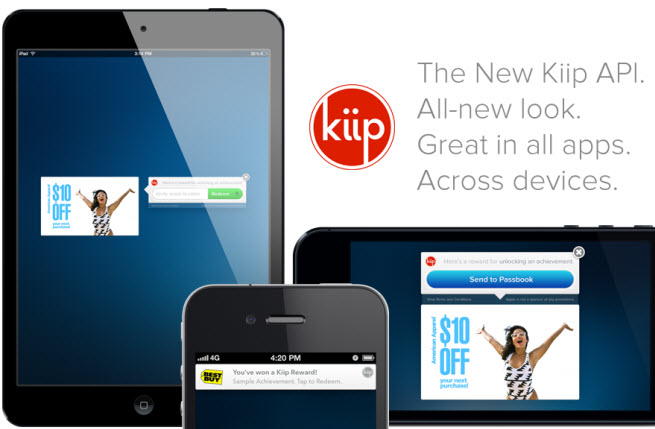 Kiip is the mobile rewards company that embeds real-world and virtual rewards so that players become more loyal to apps in an opt-in way. It recently unveiled a new applications programming interface (API) that expands its potential market beyond game developers to the creators of any kind of apps. 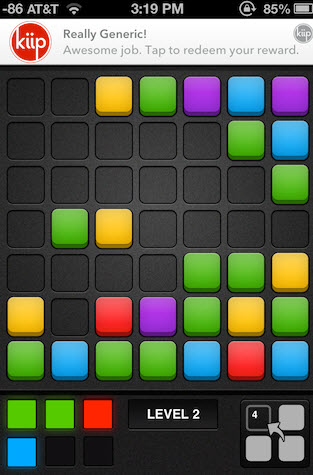 With Kiip, the system identifies “moments” of achievement within a game or app. It then shows you a banner ad at the moment of the achievement. If you click on it, you can claim a reward for free stuff, such as a Starbucks gift card, from an advertiser. Now Kiip is expanding its reach for new kinds of advertising opportunities for its partners.

Brian Wong, the chief executive of San Francisco-based Kiip, said in an interview that it has redefined its growth by asking itself questions over the last two years. At first, it asked, “Why do just physical rewards?” And it added new virtual rewards that you could claim directly on your mobile device. That enabled Kiip to enter the mobile rewards market and start growing.

Then it asked, “Why just games?” and expanded its functionality to other apps. And now it is asking, “Why just mobile?” And so it is expanding beyond mobile platforms.

Wong said that HTML5 support is on the way and that should open up new opportunities to go beyond mobile devices to just about any web platform. 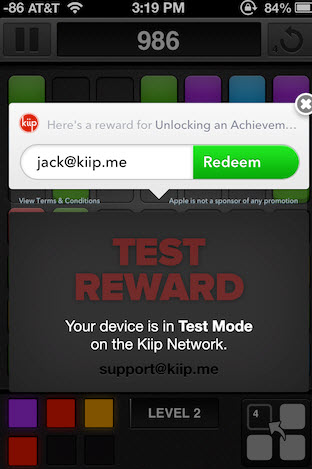 “This is where it gets super-exciting,” Wong said. “We realized that participating in rewards and creating them was not easy in the way that we executed them.

It will do so with “spot rewards,” where an advertiser can offer a reward for any reason. It doesn’t matter if you have reached an achievement in a game or not. Advertisers can reward you at particular “moments,” regardless of whether that is an achievement or leaderboard change.

“The idea is to get Kiip everywhere,” Wong said. “We’ll integrate with any platform with web support. Anything can be a moment for a reward.”

And that should generate more revenue for the developers that use Kiip and expand the available inventory for advertisers who want to reach users. Those include food-related apps and fitness apps. Utility apps are on the way as well. The API is now available for developers to integrate into their apps.

Kiip has raised $15 million to date.