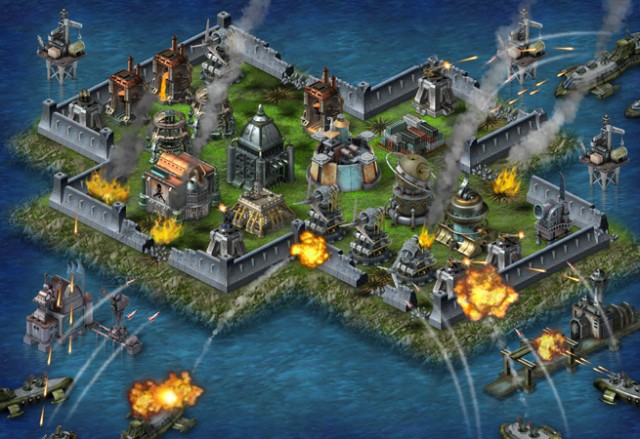 When one developer claims that another is attempting to steal industry secrets, the best defense is, “I know you are, but what am I?”

The central claim in developer Kixeye‘s cross-complaint against social game creator Zynga is that it’s actually Zynga who wants to steal Kixeye’s trade secrets. At least that’s how Kixeye chief executive Will Harbin frames it in this statement provided to GamesBeat:

Today, we filed a cross-complaint against Zynga in the Superior Court of California. We believe Zynga is manipulating the legal process and fabricating claims against Kixeye to access our trade secrets. Their illustrious history of using their legal department to exploit and slander competitors that they can’t otherwise outperform is well documented. We will not stand for it. This matter was shameful enough when it was focused on bleeding one of their former employees. When they broadened this frivolous claim to include Kixeye, they showed their hand. We will fight to our last breath to keep this predatory company from accessing our confidential information and best practices. We intend to defend ourselves from Zynga’s legal bullying for as long as it takes to reveal the truth — that Kixeye played no part in this. As we have stated previously, we have zero interest in Zynga’s intellectual property or ‘trade secrets.’ Our games are categorically different from theirs in almost every way. Claiming that their failed business practices could inform ours further establishes their complete lack of understanding of the gaming business.

Ouch, that’s some tough talk. But this isn’t the first time Harbin has called out Zynga.

In October, GamesBeat reported that Zynga was suing the former general manager of CityVille, Alan Patmore, for stealing the company’s secrets. Zynga alleges that Patmore copied hundreds of documents and took them with him as he quit to work for Kixeye. On Nov. 8, Zynga amended its complaint to add Kixeye to the lawsuit.

Kixeye’s cross-complaint claims this is a ruse that will allow Zynga to access Kixeye’s documents. Simultaneously, it serves as a good opportunity for Harbin and his lawyers to take a few shots at Zynga.

Here are some highlights from the official legal documents filed with the court:

Kixeye’s countersuit also claims that Patmore has cooperated fully with Zynga and has returned all of the documents in question. The Battle Pirates developer suggests that the true purpose of Zynga’s legal actions is to send a message to its employees about the consequences of leaving Zynga to work at Kixeye and to “use the litigation as a Trojan Horse to gain access to Kixeye’s” trade secrets.

We’ve contacted Zynga, but it hasn’t provided GamesBeat with a response at the time of this post.