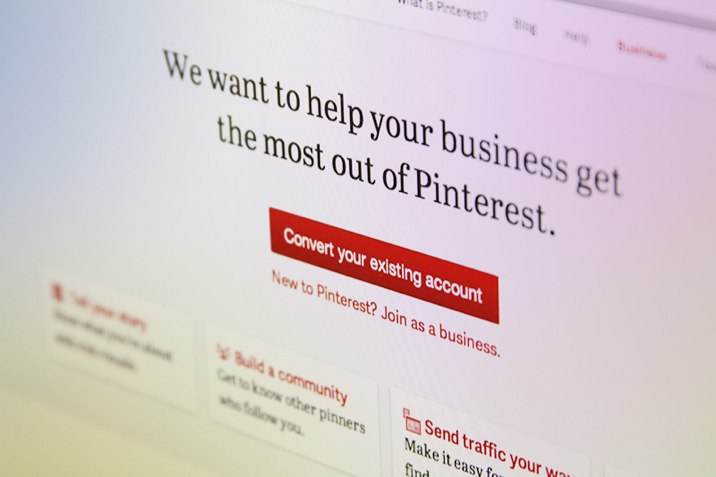 Pinterest today officially opened up to businesses, welcoming them with a promise to help them get the most out of their digital pin-board experiences.

Two-year-old Pinterest is the web and mobile service for collecting digital treasures and saving them to inspirational or aspirational boards. The startup, which only recently opened its doors to the public, today expanded its terms to officially allow businesses to use the product, though thousands were already doing so.

So what’s new exactly? A separate terms of service governs businesses. They also get a verification badge to prove legitimacy and Pinterest buttons to place on their own sites to get fans participating in the Pinterest experience with them. In addition, Pinterest promised its business users access to upcoming features.

The new Pinterest for Business site also supports new business account creation and helps companies convert their existing accounts over to business accounts. This site includes case studies from companies such as Etsy, Jettsetter, and Allrecipes to guide businesses on how to make the most of their boards.

If that doesn’t sound like a whole heck of a lot, that’s because it’s not. The business release is, well, all about business — Pinterest’s business.

Essentially, Pinterest has established a way to distinguish businesses from regular users. The distinction, however, is an important one; the startup looks to be laying the foundation to eventually release for-charge features and products — analytics or ad units, perhaps? — tailored to those in the commercial category.