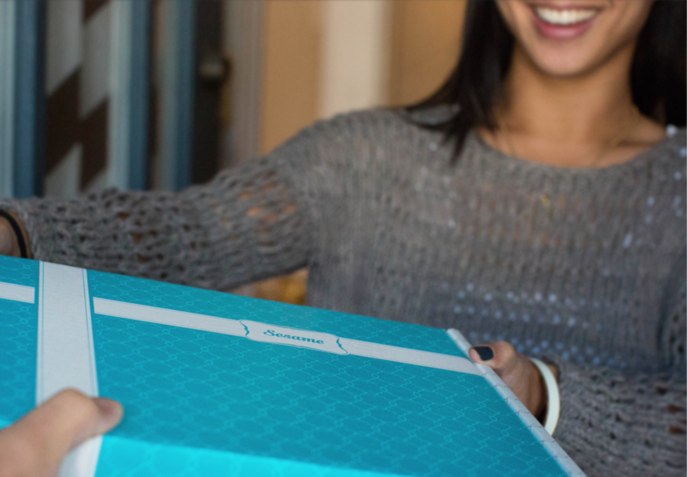 One billion versus one million. The numbers don’t compare, and yet social gifting startup Sincerely believes its business, with just 1.2 million members, is safe from the potentially crushing widespread rollout of Facebook Gifts.

Two-year-old Sincerely makes applications like Postagram and Sincerely Ink that mail mobile photos as printed postcards or greeting cards. Today, just one day ahead of a major Facebook press event dedicated to gifts, the young startup revealed user numbers and traction for the first time, and it teased the pending release of its own digital gifts offering.

Sincerely has accumulated 1.2 million members across its entire network, which includes people using the aforementioned apps and the roughly 60 third-party iOS applications tapping its API for postcard printing, it announced today. The startup added that it has mailed cards to more than 800,000 unique households and has built up a database of 1.6 million physical mailing addresses.

Sincerely is also partnered with Facebook and powers the social network’s physical postcard experiment, though neither company is releasing numbers or data associated with that test.

The keepsake company, which refers to itself as a gifting network, next plans to launch its first real gifts app called Sesame in the coming weeks.

“Our strategy has been to start with the world’s simplest gift, a postcard, and expand from there,” CEO and co-founder Matt Brezina said. “Starting with this simple gift, we were able to grow a large network of users and mailing addresses. Now we can take the next step in building out the vision by allowing members to send other gifts.”

Brezina was tight-lipped on the particulars of the forthcoming Sesame app, though he did share a photo of a Sesame gift box (pictured above) and stressed that “beautiful packing” would play an important role in differentiating the mobile gifting app from others out there.

But shouldn’t Sincerely fear the imminent widespread release of Facebook’s social gifting initiative? The social network is currently testing a well-received and easy-to-use Gifts product that allows members to pick from a selection of physical gifts to mail to friends for birthdays and other occasions. Presumably, Facebook will, in an effort to make Gifts a desirable holiday destination, roll out the product to even more members (if not all 1 billion of them) at a press event scheduled for tomorrow at the FAO Schwarz toy store in New York.

“Facebook entering the market was the best thing that ever happened to us,” Brezina said. “Just like when Apple Cards launched on the iPhone, it boosted our business — consumers realized they could send cards from their phone. And I think long term, through a singular business focus on delivering gifts and cards, a focus on customer service … we will end up outshining Facebook in this space.”

Sincerely has raised roughly $3 million in funding to the date. The San Francisco-based startup, Brezina said, is not focused on profitability at the moment and will raise more capital at some point.