Gaming doesn’t have to take place exclusively on a dedicated consoles or PC, in matter of fact some of the best gaming can be done on the iPhone.

A great strategic game for iOS is 9 Colonies. 9 Colonies is a simple real time strategy game developed by XOR Gaming.

9 Colonies has an interesting mechanic to keep track of players progress. Although the date of 9 Colonies begins on 2180 time moves forward via an in game weekly calendar.

For example if a player wanted to research a STARBASE, a planet defense upgrade, that research might take the player five weeks. Or if a player needed to invade another planet it might take them ten weeks to travel there. XOR Gaming put in place this clever mechanic to make the player understand there is a price to every ship they build, every structure they construct, and every technology they research.

The more advanced your colony and technology is the more likely you will be able to defeat your enemies. However as you upgrade your arsenal and planet’s defenses your enemy does the same. To make the game more difficult XOR Gaming implemented three critical attributes that the player must manage. 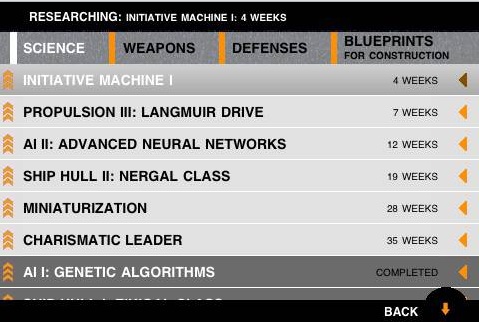 Construction is the last major attribute in 9 Colonies. It refers to how quickly your colony (or colonies) build planet defenses or structures. If the player does not use the construction skill than every researched structure would take (in game) months to be completed.

9 Colonies is a great intuitive game for iOS. Surprisingly enough one of the few bad things about 9 Colonies is the difficultly. For $1.99 on the Apple App Store this is a game well worth its price. 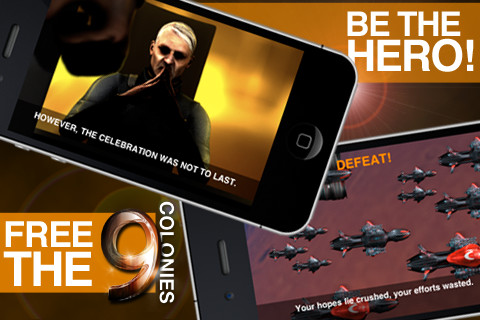