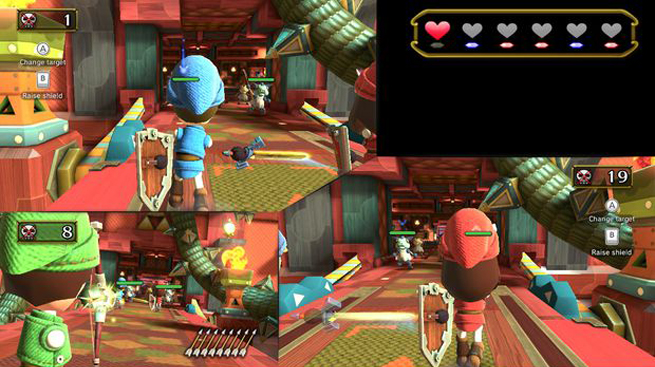 The other six games
Here’s a word I don’t normally associate with Pikmin or Zelda: shallow. Yet here we are.

The Legend of Zelda: Battle Quest takes a franchise born from a love of exploration and turns it into a rail shooter. That’s forgivable, but a dull rail shooter isn’t. You can play as a Wiimote-waggling Master Swordsman or an archer, but I progressed well into the game before I took any damage, and much, much further before I felt any hint of challenge. Boredom beat me before anything in the game did. Firing a bow makes things marginally more challenging, but only because accelerometer aiming on the WiiPad screen (as opposed to, say, using the right stick) lacks precision.

By comparison, Pikmin Adventure merely strips down the Pikmin gameplay to its barest bones. I buy it as an advertisement for the much meatier Pikmin 3 (due this spring), but I wouldn’t exactly call it good publicity.

Still, it ranks far above rhythm game Octopus Dance, which features elementary school gameplay at its most vapid and lacks octopi. Captain Falcon’s Twister Race likes to obscure the TV screen with a message telling me to look at the top-down view on the GamePad because it didn’t trust me enough to drive a hovercraft from the third-person view. With or without that intrusion, it’s a snoozer. Animal Crossing: Sweet Day is neither sweet nor has much of anything to do with Animal Crossing. It’s another catch-and-release game, and it’s the weakest of the three thanks to some unreliable physics when throwing gumballs into scoring buckets. Takamaru’s Ninja Castle is mildly amusing, but it makes you aim the WiiPad in “portrait” position while you finger-swipe throwing stars at cartoony assassins, and that feels awkward and imprecise at best. At least it’s trying something different.

You could argue these travesties exist mainly as entry points for nongamers and that they only need to be accessible and light. I’ll concede that point. But several are thinner than air, and none will satisfy the person who actually paid money for Nintendo Land. 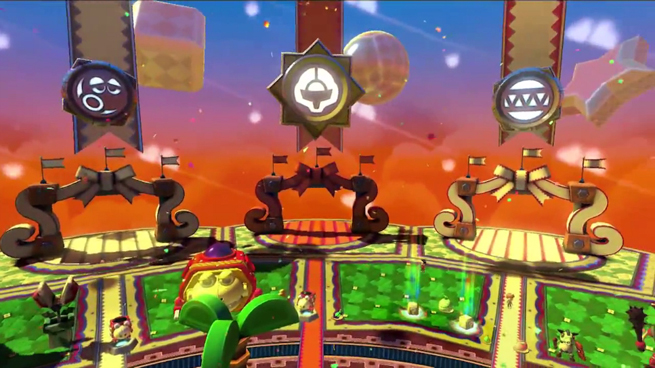 The Plaza
The hub world itself feels more cute than necessary. The team at Nintendo may have realized this as well, since you can bypass it and go straight to a simple game menu at the touch of a button. It’s a party game — who’s going to waste time at a party running around a Day-Glo amusement park in order to launch the party games?

The Plaza itself presents a visual feast, but every cool feature just reminds me what Nintendo Land should do but doesn’t. The augmented reality, while a neat trick, is mandatory, and it’s not long before it starts to feel onerous; you must wave your WiiPad around in order to do anything. The grounds can hold an impressive number of Miis, and if you’re online, these represent real players from around the world. You can even tap them to interact in fairly static ways. Can you chat? Not really. Can you invite them into a game, or go on an Attraction Tour with them? Absolutely not. So what’s the point?

Even the customization aspect feels both labored and lackluster at the same time. Coins earned through the minigames translate to special objects placed throughout the Plaza. Things like life-heart statues, the Great Deku Tree from The Legend of Zelda: Ocarina of Time, a Metroid energy tank, or instantly recognizable music tracks played from a massive jukebox. You can’t actually choose which items you get, and you can’t place them yourself. You win these items through a strangely annoying 8-bit Pachinko game, at which point your preordained prizes launch out into the plaza as mystery boxes, and you have to run all over to open them. As rewards systems go, I put it right up there with doing my taxes early.

I do enjoy Monita, the floating LCD screen who serves as your guide. She’s like a less malevolent HAL 9000 from 2001: A Space Odyssey, but she’s not a good enough reason to bother with the Plaza. Nothing is. 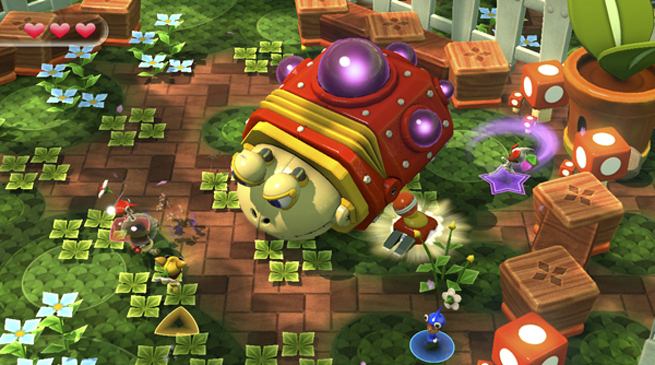 Nintendo Land generally doesn’t function well without several people participating, and without any true online capabilities, it’s a narrow category of human who actually needs it.

You can’t live alone. You must either have roommates or family willing to indulge your obsessive minigame needs. Or else you have friends over on a weekly, if not nightly, basis. You either own one or more Wii Motion Controllers with WiiMotion Plus dongles (or you’re willing to buy them); several Nintendo Land games require Plus-equipped Wiimotes even though they don’t come with the basic Wii U package or the Deluxe Set (which does includes a copy of Nintendo Land). Above all, you must not want a very deep experience. Metroid Blast comes very close, but nothing else does.

If you play and enjoy board games on a regular basis, and you’re fine with only ever playing half the board games you spent money on, you’re good. Otherwise, maybe you only need to rent Nintendo Land when you’re out stocking up on chips and beer for your big Arbor Day bash. 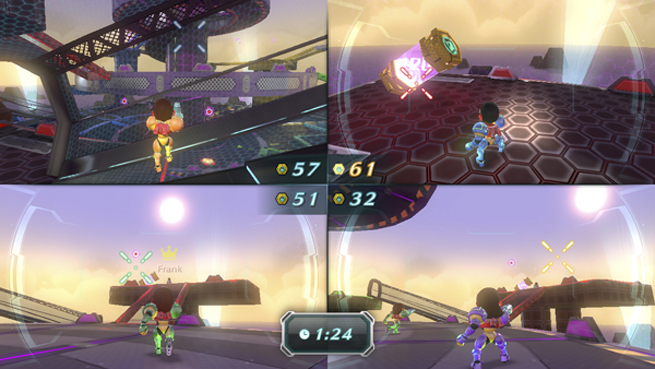 I wish I could split out and score Metroid Blast and Mario Chase on their own terms. As downloadable games with online multiplayer, both would be solid winners, and I’d play them relentlessly. As is, half of Nintendo Land offers brief, creative fun in bite-sized chunks without ever constituting a full meal. The other half features dismal time-wasters and watery versions of great franchises that won’t appeal much to casual or core gamers. Put another way, Nintendo Land epitomizes the minigame-compilation genre — occasional flashes of brilliance surrounded by things you just don’t want to exist.

Nintendo Land releases Nov. 18 for the Wii U. The publisher provided GamesBeat with a copy of the game for the purpose of this review.