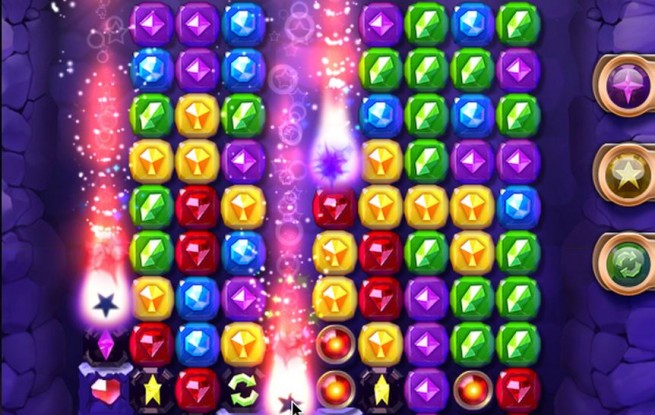 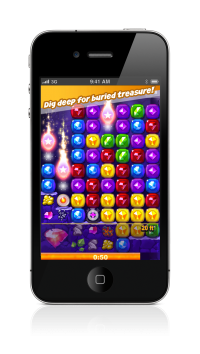 It’s possible that virtual rubies are worth more than the real thing.

Developer Zynga announced today that it will release the popular gem-based social game, Ruby Blast, on iOS devices. Previously, Zynga released Ruby Blast Adventures for Facebook as a match-three puzzle game based on a short timer. The developer sets Ruby Blast apart from Bejeweled and others by using a dig mechanic and focusing on short games.

“Ruby Blast is an exciting development for Zynga as we expand our popular arcade genre to mobile and offer players social, fast-paced, and competitive play wherever they are,” said Roy Sehgal, vice president of games at Zynga. “In less than a year, more than 58 million monthly active users are playing Zynga arcade games, and we’re actively working to make these great web experiences available on mobile. Arcade games provide great mobile experiences, and Zynga’s multi-platform approach focuses on accessibility – letting players pick up and play with (or against) their friends no matter the device or platform.”

This is one more step in Zynga’s transition to mobile. The developer faced criticism due to its over-reliance on the Facebook platform. In response, the San Francisco-based game company started to move games to its own Zynga.com web portal and to mobile in an attempt to diversify.