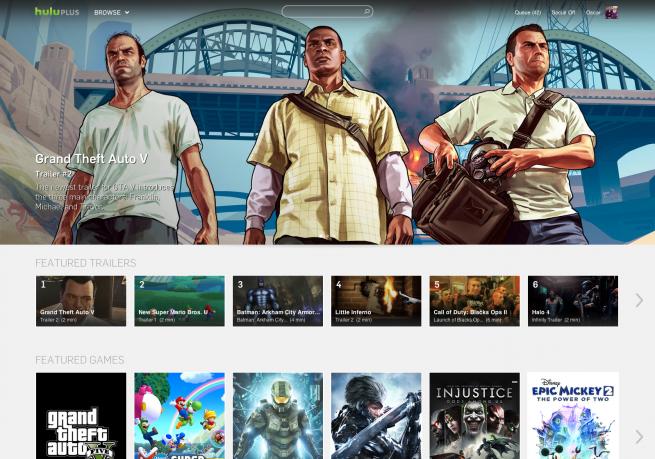 For years now, I’ve had a monthly tradition where I’ll type “apple.com/trailers” in my browser on a lazy Sunday and spend a couple of hours watching the new movie trailers in glorious Quick Time. I’ve never had that same go-to resource for gaming trailers.

That’s what Hulu wants to be with its new video game hub at hulu.com/videogames.

The Fox/CBS/Disney-ABC co-owned Internet video-streaming service is looking to lure in more viewers with a dedicated home for game trailers, reviews, and essential information (like release dates). It also looks pretty with large high-definition image headers for featured titles. 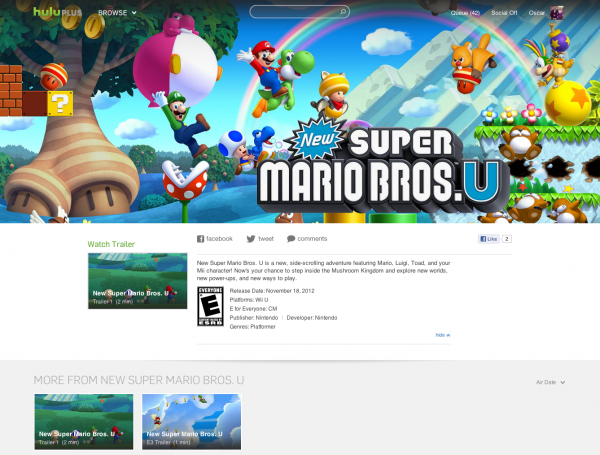 Hulu’s gaming page is live now on its website. Hulu Plus subscribers (the site’s premium monthly fee service) should start to see the hub rolling out to connected devices (like Roku and gaming consoles) over the new few months.

Gaming is a big part of Internet video. Website Twitch.tv has thousands of viewers watching dozens of people streaming their games live at any one time. Big events like Major League Gaming’s Championship Weekends generate viewer counts in the millions.

If Hulu can get in on that action, it’ll start producing respectable ad revenue at a relatively small cost, since publishers are the ones paying to produce the content.

Hulu.com/videogames also hosts episodes of gaming culture and review show Electric Playground. Additionally, it has a section dedicated to other shows and movies that relate to games in some way.