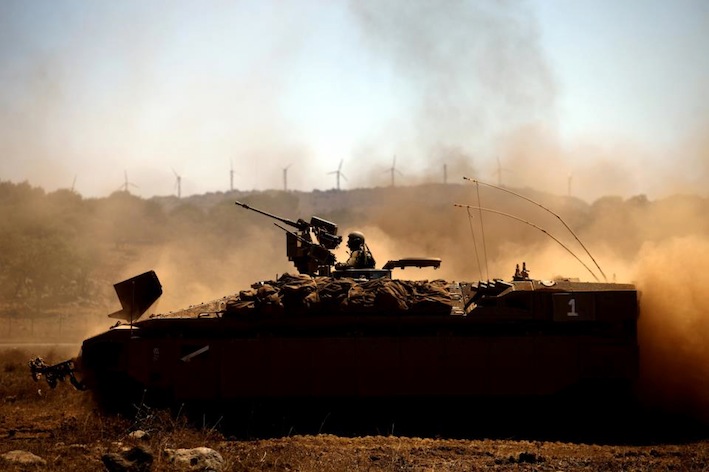 The Israeli Defense Forces is asking civilians not to tweet or Instagram photos or description of bombed sites, according to blog Yid with Lid, for fear that Hamas military officials may be able to locate sensitive IDF zones in the meta data.

In today’s connected world, social media is prevalent during any sort of conflict. It played a significant role in the Arab Spring uprisings, it helped coordinate recent riots in London, and it even let one “witness” provide an account of the killing of Osama Bin Laden — though the man didn’t know what he was tweeting about at the time.  But now, the IDF is reportedly asking bloggers not to report in real time (or anything resembling it) on where rockets land before traditional Israeli media has that information.

The IDF is concerned that the Hamas military will be able to better calculate where bombs could land if it knows how far off the bombs were from their intended targets. Hamas could do this by looking at the GPS information for that image or social post, which is often readily available. Look at a Facebook status. Often underneath the message it will say, “X minutes ago in Palm Beach, FL,” or wherever the status was shared.

IDF has done its own bit of social media, however, through its blog. The blog has received criticism in the last few days for “gamification” features that sends a reader up in the “IDF ranks” through Foursquare-like badges. A reader rises through these ranks by performing different interactions with the site, such as visiting it a certain number of times or tweeting and sharing posts socially.

The IDF responded to the claims today, according to ReadWrite. It explained the badges feature was added to the blog four months ago when the content wasn’t solely about the conflict (called Operation Pillar of Defense) but also included soldier profiles, and other stories about life in the IDF. The spokesperson specifically said it is not a “war blog.”

“During Operation Pillar of Defense we provide our readers with news updates and operational information regarding IDF actions,” an IDF spokesperson told ReadWrite. “In other times, though, the blog has hosted varying content, from reports about routine activities to more lighthearted personal stories. It is this content that ‘IDF Ranks’ was meant to promote.”