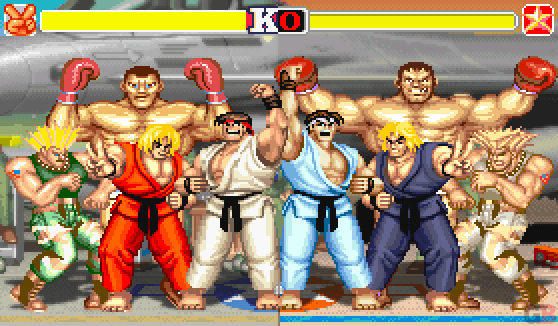 Street Fighter II was such an extraordinary success that Capcom released five variations of it from 1991 to 1994. Gamers eagerly flocked to the arcades and swarmed video game stores looking for the latest update.

Check out the gallery below to see small cosmetic changes from Street Fighter II: The World Warrior to Super Turbo.