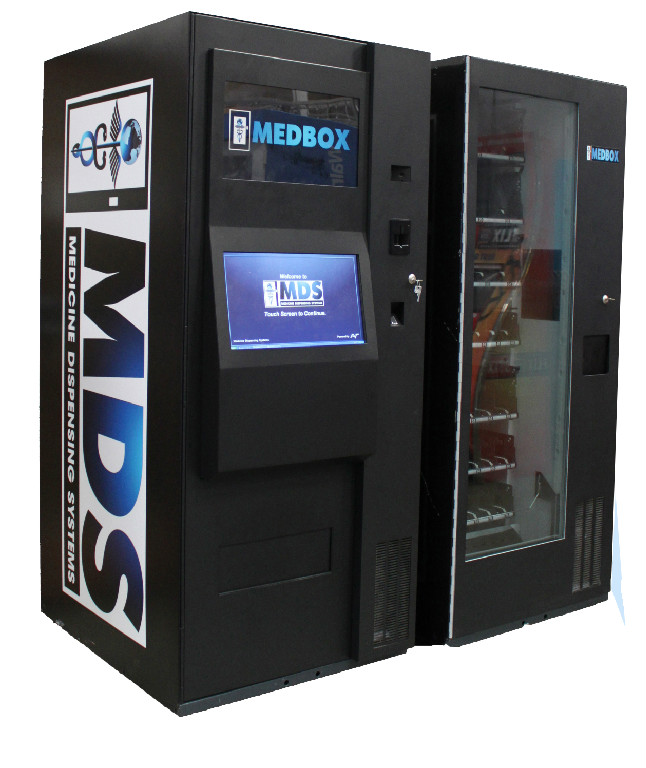 It’s rare for a publicly traded company to be concerned when its stock price gets a dramatic increase, but that’s exactly what happened to MedBox earlier this week.

MedBox produces marijuana vending machines used in hospitals, pharmacies, doctor’s offices, and “alternative medicine clinics,” which is code for medical marijuana dispensaries. The machines use a pre-registered biometric scan to identify authorized users, track and restrict drug usage, and deliver secure reports about those that use it. The company, which was awarded a U.S. patent on its “herb” dispensing machines, has generated over $8 million in revenue since launching in 2010.

And due in part to voters in Washington and Colorado legalizing marijuana for recreational use, MedBox’s stock has experienced quite a dramatic boost. The company’s shares went from $4 on Monday to $215 by the end of the week, which prompted MedBox execs to lower investor enthusiasm, reports Marketwatch.

Obviously, investing in a business that’s highly reliant on a substance that the federal government considers illegal — despite several state-level legalization measures and widespread usage from the general population — is risky. At the same time, it could be worth the risk to get in early at a company that already has its foot in the door for an extremely lucrative new industry.

MedBox represents a very legitimate business that’s focused on the health care and medical industry, and it wouldn’t be difficult to expand its target customers should marijuana finally become legal across the country.

And while most people are still debating whether or not state rights supersede federal law, my first question was “how long is it going to take for the tech industry to take hold of this brand new marijuana industry?” If MedBox’s stock is any indication, the answer is not long at all.  That said, I’m not just talking about marijuana social networks, either.

Dispensing and inventory monitoring machines are definitely one area where tech companies can shine, but there’s also plenty of room for innovation in agriculture tech as well. Of course, all of this is dependent on marijuana being legal, which would legitimize it for the business world.