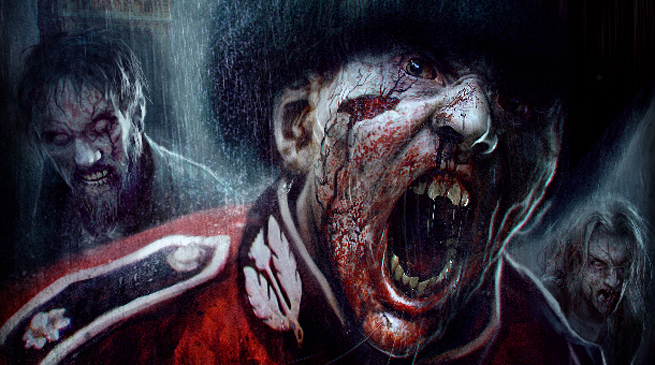 I’d like to thank publisher/developer Ubisoft for being the enthusiastic, unapologetic early adopter of the game industry. Any time major new hardware comes down the pike, Ubi goes all-in. Others bend existing plans to fit.

That’s why no other third-party title to date feels so completely geared to Nintendo’s Wii U console quite like ZombiU (releasing Nov. 18 for the Wii U) does and why it couldn’t possibly land on any other system without sweeping changes. I’ve played a few Nintendo games that don’t feel as fully integrated into the Wii U’s abilities. It might be a revival of Ubisoft’s very first commercial release, Zombi, but ZombiU proudly plants the flag firmly for Nintendo’s latest — and somewhat experimental — hardware.

You want a plot? The dead walk. Want a plot twist? The dead walk in London. Now shut up and just try not to die. Easier said than done as it turns out. After the bombast and supersonic crash of Resident Evil 6, ZombiU marks a triumphant return of the survival-horror genre to console gaming. But it’s sure as hell not for everyone. 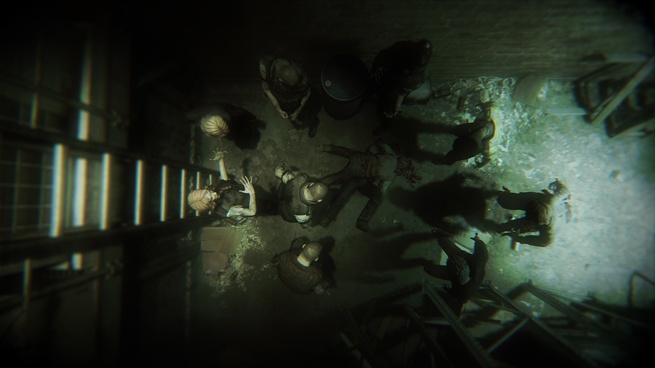 It’s bloody brutal
The first game mechanic ZombiU teaches you is dying. It’s something you’ll do a lot, and the consequences that come with it drive all the decisions you make.

That’s because every single “Infected” you meet constitutes a lethal threat. They’re scaled back from the one-hit-kill status they enjoyed during early demos, but it doesn’t take much more than that to finish you. And on death, you lose the scant supplies and resources you risked so much to find in the first place. That character dies permanently, joining the ranks of the undead while a new, randomly generated survivor picks up and carries on in his stead. Sound harsh? It is … wonderfully so. ZombiU raises the stakes with every step you take. You can always try to recover your lost goodies by heading back and whacking your former self — waypointed for your convenience — with a cricket bat to the head, but ZombiU’s persistent world setup also guarantees that whatever killed you before won’t be far away.

Regenerating health? You wish. Save points? Spare me. You can’t just reload an old game if disaster strikes. You go forward and make do in the worst situation imaginable. ZombiU doesn’t bother with much of a preamble, either. You start off well after society collapses, with death and undeath and destruction everywhere, and that oppressive atmosphere blends perfectly with your own fragility. It’s rare that a game makes me so cautious. The graphics sell this destroyed world very well, too. It’s almost a shame they’re often shrouded in total darkness.

You get some support from the Prepper, a well prepared (get it?) and amusingly coarse bloke on the radio who hands out missions vital to your mutual survival. That’s when you switch on your weak flashlight and creep through the wreaked streets, driving rain, and gloomy subways of London town, hoping you won’t run into more trouble than you can handle. The plot dives a bit deeper, but the missions remain consistently engaging, ugly, and tense. And you always have everything to lose. 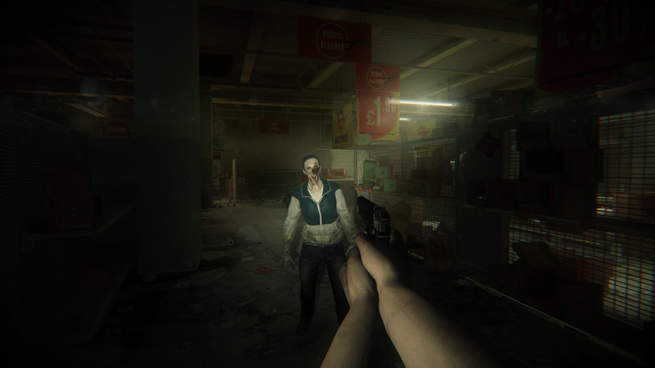 Survival-horror combat that feels dangerous
One zombie is a threat, but manageable. Two zombies, and you’ve got a problem; the wingman will flank you. Taking on three or more pretty much seals your fate.

Like the best survival-horror games out there, direct combat isn’t always the smartest answer partly because ZombiU doles out resources like Ebenezer Scrooge. Your survivor starts out with a cricket bat and a pistol with six bullets to defend against a city full of flesh-eating monsters. These aren’t Night of the Living Dead zombies, either. They keep coming after you’ve blown off half their skull.

That bat became my go-to weapon for a long while. It’s heavy, ponderous, and requires careful timing over button spamming. The deliberate pacing, punctuated by bone-crunching hits and a real sense of your own mortality, gives combat a real sense of desperation. Normal zombies takes a good 3-4 hits before they go down, and then you’ve got to apply a finishing move before it just gets back up again. One trick I found: suckering zombies into crawling over or under obstacles, which let me hit them with the finisher right up front. Good times. The game also mixes things up by throwing in a few pure action sequences, such as putting you behind a fixed turret that might run out of bullets well before you run out of zombies.

It’s amazing to finally return to a zombie game where seeing a zombie in the distance makes you stop and carefully consider what to do next. Every encounter has weight and danger. I quickly started looking for ways to sneak around unnoticed, debating if I should spend a flare to distract a few walkers and evaluating whether one zombie merited my only grenade even though my health teetered on the brink. Once, I managed to fight off four zombies with my meager tools, and that felt like I’d just swept every event at the Winter Olympics. Naturally, the very next zombie wiped me out instantly. I would’ve been secretly disappointed if it hadn’t. 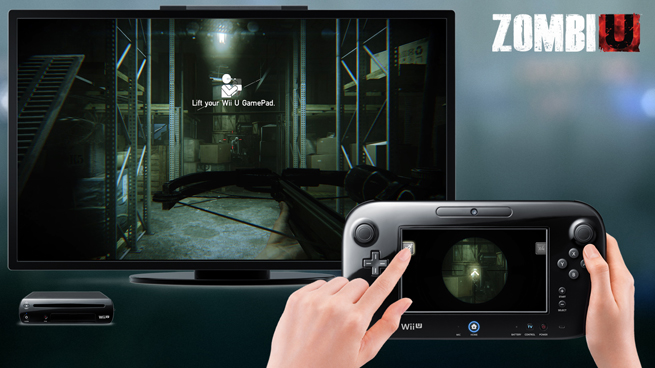 The high-tension construction
At one point, I tapped away on the GamePad’s touch screen in order to rip down a barricade blocking my path. By chance, I glanced up at the TV screen and caught sight of a zombie I’d missed shambling behind me. I disengaged instantly and tried to escape … but not fast enough. That’s what carelessness brings.

ZombiU integrates the GamePad in smart ways that actually enhance the tension. Early on, Prepper gives you his “Prepper Pad,” a tablet that bears a striking resemblance to the GamePad itself (Nintendo’s lawyers would undoubtedly sue if they hadn’t already been eaten). It’s your map, your zombie-sniffing radar, your backpack inventory, and an augmented-reality scanner. Hold it up, and it will find items, doors, and Infected for you to tag. It’s really quite handy, eliminating the need to physically search every corner for one measly energy drink. But the Prepper Pad’s scan shines a bright, zombie-attracting light when you use it, and you’re standing completely still.

Similarly, you can’t just pause the game and sift through all your stuff. When you swipe the GamePad to open your backpack, your character physically takes it off, sets it down, and goes into it, leaving you vulnerable. The same goes for looting a body, where you must also click/drag their items into your backpack on the touch screen. You can assign six “in-hand” items, but going into you backpack becomes a tactical choice — something you do very quickly when you’re reasonably sure it’s safe. How can you tell that a survival-horror game knows what it’s doing? When inventory management makes you nervous.

The game always finds ways to purposely draw your attention away from the TV. You tap the GamePad screen to add or remove obstructions, and a lock pick minigame takes more concentration than I felt comfortable with — just as it would if I had to jimmy a lock in a real-life zombie-infested location. ZombiU never unfairly zaps you when you shift focus, but it does make you feel uneasy and unsafe every time. That’s an amazing achievement, and something it could only do on the Wii U.

But no apocalypse is perfect. …