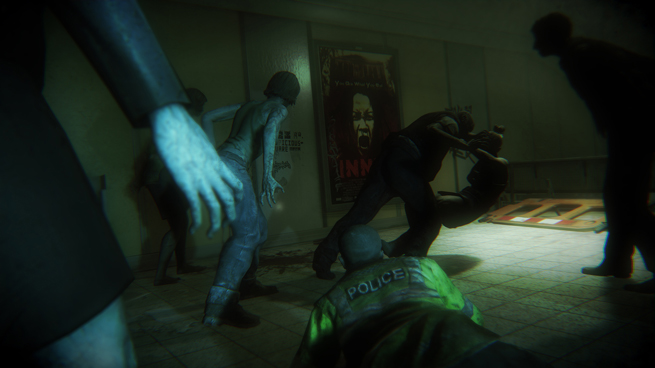 Reaching the “eh, whatever” stage
It didn’t take long before I started using death strategically. If I’d used up all my special items at the end of a mission and didn’t feel like hiking all the way back to the safe house, I’d take a shortcut by walking Mr. Whoever O’Zombeechow up to the nearest undead horde and wake up in a fresh new body 10 seconds later. You play as interchangeable faces, not real people. Certainly, when I managed to hang on to someone for an hour or two and stock up on some quality gear, it hurt to lose all my swag, but I never invested in his personal safety. And weapon upgrades, once unlocked and equipped at a workbench, apply universally for that gun type … one less reason to worry about dying. The persistent world even allowed me to throw bodies at a problem if I had to, sending multiple survivors to chip away at an especially tough area until nobody but me still possessed a head.

One thing stopped me from using those tactics 24/7: the backtracking. ZombiU has a lot of it. So much, in fact, that I occasionally refer to it as Backtracking: The Game.

A quick-travel system unlocks as you find manhole covers, but you’ll still spend a hell of a lot of time walking to your mission, walking again to your mission every time you die, and then walking back to base again (unless you take my suicide shortcut). On a certain level, it can’t be avoided given the game’s many conceits. But with Prepper hooked into London’s pervasive CCTV network, I have to wonder if he couldn’t find a replacement minion closer to the action to cut down on all that travel time.

And while technically ZombiU lets you save your game at a few cots scattered around, it doesn’t mean you get to resurrect there. A slipup during a fight at Buckingham Palace whisked me all the way back to Prepper’s safe house even though I’d “saved” inside the royal residence. Maybe I’m just too working class.

Losing your gear? That’s a fair penalty for screwing up. Forcing me to walking across an entire city over and over? That’s a chore that reduces tension to tedium. 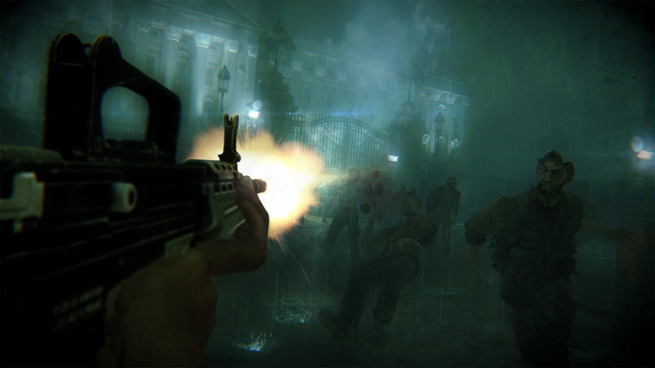 Lackluster multiplayer
A three-mode, two-person, local-only multiplayer mode with five maps to its name better pull out something special to make up for its deficiencies. ZombiU doesn’t.

It does feature asymmetrical gameplay, again playing to the Wii U’s strengths. A single human survivor (played with a Wiimote/nunchuck or Pro Controller) goes up against the GamePad-equipped Zombie King, who spawns up to three classes of zombies from an overview map. The matches themselves fall into two categories: a reasonably challenging control-points match or fairly dull “survive as long as you can on a smallish map” horde game.

The gameplay is fairly balanced, particularly on the zombie-creating end, so survivors aren’t overwhelmed in the first five seconds and the pressure stays high on both players. Unfortunately, the controls on both sides feel imprecise at best, and on the Pro Controller at least, the survivor’s control map feels counter-intuitive. Reloading doesn’t always seem to work, and the face button (B) for swapping weapons is in the exact opposite location from nearly every other shooter out there. On the Zombie King end, the simple act of scrolling around the map creates frustration. Instead of a fluid motion, it inexplicably locks into quadrants, so you can’t always center on the survivor you want to surround with zombies.

Turning ZombiU into a run-and-gun game wasn’t an idea destined for greatness anyway, but the poor execution makes it easy to skip entirely. 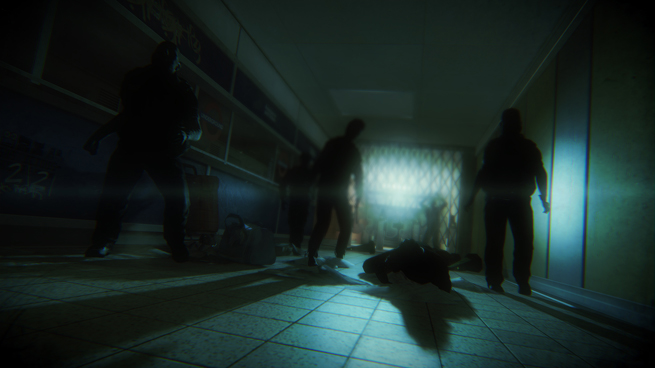 It can be disheartening to plow through an entire district only to mistime one crucial cricket bat swing and end up as a food item, essentially resetting yourself to zero. That happened to me more than once. I firmly support and advocate ZombiU’s brand of permadeath as core to the entire experience, but I did feel wounded when really cool items got left behind, and I never looked forward to the long slog back to the part where I could actually play the game again. You’ve just got to accept those things and their frequency if you’re going to enjoy ZombiU.

Or else, play on the easy setting. Ubisoft labeled it “Chicken.”

And it becomes even easier to die as you progress. Further down the road, the game ups the ante with “special Infected,” but I rather wish it hadn’t. Not simply because they’re a pain or even that the whole “super-zombies” thing has now entered the realm of cliché but because they just don’t fit here. Hard-to-kill cops in riot gear? Sure, I buy that. Glowing zombies that spit acid blood? C’mon. That takes us into some video game mutant wonderland that breaks the atmosphere slightly. ZombiU starts as a horrific scenario grounded in reality. It should have stayed grounded. Trust me, the regular zombies are scary enough. 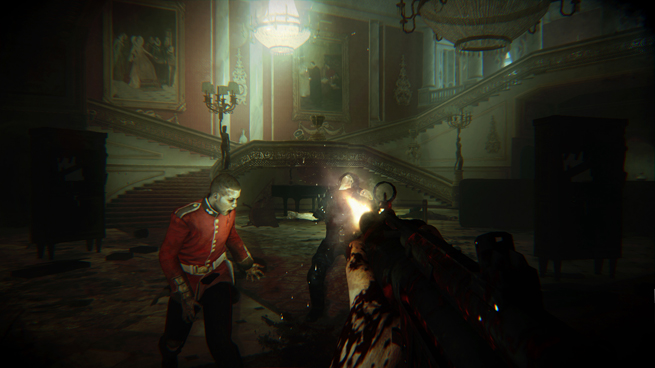 Its genre and difficulty curve might narrow the appeal down to horror aficionados and survivalists, but in all other ways, ZombiU stands out as one of the Wii U’s must-own launch titles. The seamless integration of the GamePad hardware with the atmospheric gameplay is nothing short of a triumph, and Ubisoft deserves full credit for not only seeing the possibilities but capitalizing on them. The constant dying combined with the lengthy retracing of steps damages the flow, the multiplayer’s largely a wash, and I do wish Ubisoft had stuck to its guns in creating a fully believable zombie apocalypse. But it still made something pretty damn apocalyptic in all the right ways. Consider me highly impressed.

ZombiU releases Nov. 18 for the Wii U. Online functions were not available at the time of the review. The publisher provided GamesBeat with a copy of the game for the purpose of this review.