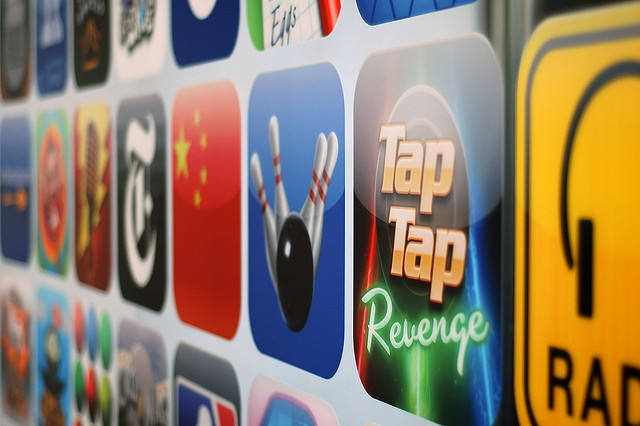 According to social app discovery company Appsfire, today is the day that marks the one million apps have been created for Apple’s app store:

Those numbers are not yet updated for November, since 148Apps updates at the end of every month, but app submissions are running at about 30,000 each month, so the million apps number seems credible.

At Apple’s big product release event in October, CEO Tim Cook said that there were now 700,000 apps in the app store — 275,000 of which are built for iPad — which corresponds well to 148Apps’ number of active apps. He also said that Apple customers had at that point downloaded over 35 billion apps to their iDevices, and that Apple had paid out $6.5 billion to app developers.

That compares to Apple’s chief mobile rival Android’s app availability numbers of about 700,000 according to Google, though AppBrain puts the number at 562,126 with another 17,000 or so being added every month. At the 700,000 number, Google Play is clearly catching up to Apple’s app store. And, with Android at 75 percent mobile market share, it seems clear that the massive lead Apple’s app store once had will soon be a thing of the past.

The iPhone was first launched in June 2007 without an app store — remember how Apple was very big on web apps at first? It wasn’t until a year later that the app store was launched, in July 2008, as an update to Apple’s iTunes.