Check out all of GamesBeat’s Nintendo Wii U launch coverage.

Nintendo’s Wii U game console finally came out yesterday, and while reviewers mostly had positive things to say, it’s also pretty clear that the new system still needs some work.

The original Wii was a casual-gaming powerhouse for Nintendo when it was released in 2006, mostly due to its simple motion controls. Instead of focusing on buttons, anyone could wave a Wiimote around to play virtual golf or tennis in Wii Sports, an ingenious title included in the Wii’s box.

With the Wii U, Nintendo is taking things to another level with its tablet-like GamePad, which serves as a second screen to offer additional information and capabilities while playing games. You can also bring Wii U games down to the GamePad entirely, allowing you to continue gaming without hogging your TV. The GamePad is an interesting stab at combining traditional console and mobile gaming on smartphones and tablets, though it remains to be seen if gamers will flock to it.

Nintendo certainly isn’t afraid of being different in the console arena, but this time around it has a far more difficult road ahead. As GamesBeat editor-in-chief Dan Hsu argues, Nintendo may have actually set the Wii U up for failure. It certainly doesn’t help that the Wii U starts at $299, far higher than current consoles. And for the deluxe version of the Wii U, which most consumers will opt for since it comes with minigame collection Nintendo Land and additional memory, you’ll also have to shell out $349. 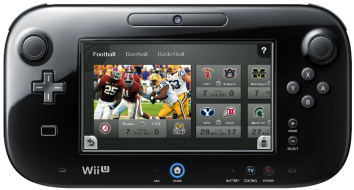 For the most part, reviewers found a lot to like with the Wii U. Its high-definition graphics finally give Nintendo a console on-par with the Xbox 360 and PlayStation 3. And while the GamePad appears to be clunky and awkward, most reviewers found it to be comfortable and solid enough for children to handle — though its battery life of three to five hours was annoying. Reviewers also generally liked the additional functionality that the GamePad provides, even though it doesn’t feel as revolutionary as the original Wii’s motion controls.

“The Wii U is poised to deliver the same thing Nintendo always has, but we’re still waiting to see if it can deliver more,” wrote Polygon’s staff in their review. Polygon added, “We are cautious and indeed, somewhat pessimistic, about what the future holds for Nintendo’s new system. With Microsoft and Sony expect to announce new, significantly more powerful systems within the next six months, Nintendo has only a short amount of time to establish the Wii U.”

The title of 1UP’s Wii U review, “A Solid, if Imperfect, Start” pretty much sums most of the opinion we’ve seen from reviewers. “While I still only see myself using the Wii U for Nintendo games and third party exclusives, I have faith in enough of those coming to warrant a purchase,” wrote 1UP’s Marty Silva. “The creativity we’ve seen already is indicative of the potential the GamePad has in delivering experiences that are wildly different from those found on PS3 and 360. Despite its flaws, the Wii U has made an very strong opening statement. Here’s to hoping Nintendo continues to impress.”

Ars Technica’s Kyle Orland points out two of the bigger issues facing the Wii U: “The relative location of the right analog stick and the face buttons is reversed from every other dual-stick controller. … Nintendo is releasing a system that needs to have a large chunk of its promised features added with a downloadable day-one update.”

Check back later this week for GamesBeat’s Wii U review.