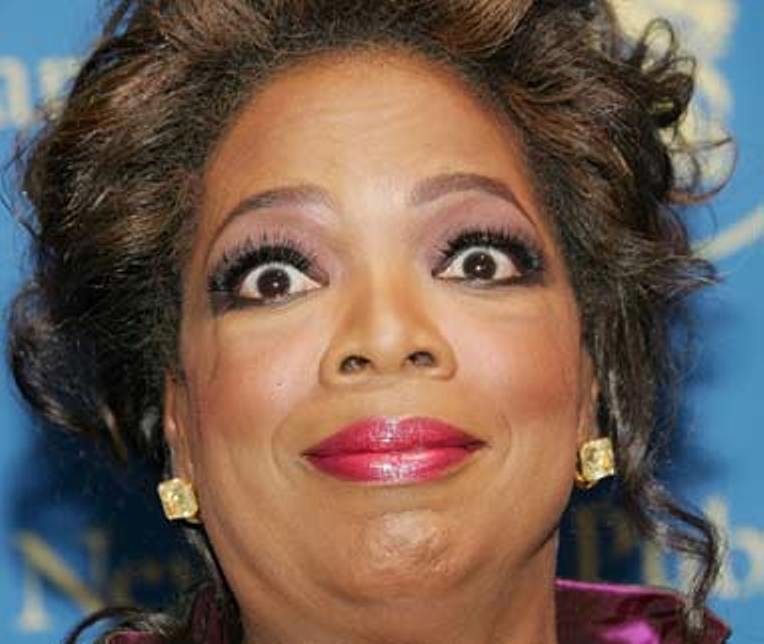 Oprah tweeting about how much she loves the Microsoft Surface is no surprise — she has recently endorsed the Windows-based product, calling it the “Mercedes Benz” of tablets.

But to publish that tweet using an Apple iPad? Well, it doesn’t show a lot of conviction.

“Gotta say love that SURFACE! Have bought 12 already for Christmas gifts,” Oprah tweeted on Nov. 18. (Must be nice to be a billionaire, I thought, to be able to buy $500 tablets by the case.) 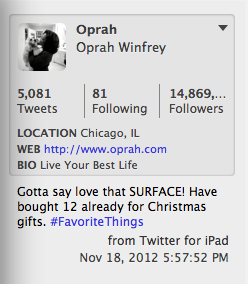 While Twitter’s web interface and official Twitter clients no longer show which app someone used to send a tweet, that data is still available, and some clients show it. For instance, Twitter client YoruFukurou (screenshot to the right) shows the tool used to send Oprah’s tweet:

Now, it’s entirely possible that a celebrity like Oprah doesn’t send the majority of her own tweets. This one, in particular, was probably sent by a staffer — since it’s no doubt tied to a commercial agreement Oprah has with Microsoft to promote the Surface.

Still, that’s not exactly a confidence-boosting endorsement. It’s a bit like driving around town with a bullhorn advertising the Mercedes dealership — while you’re driving a Lexus.