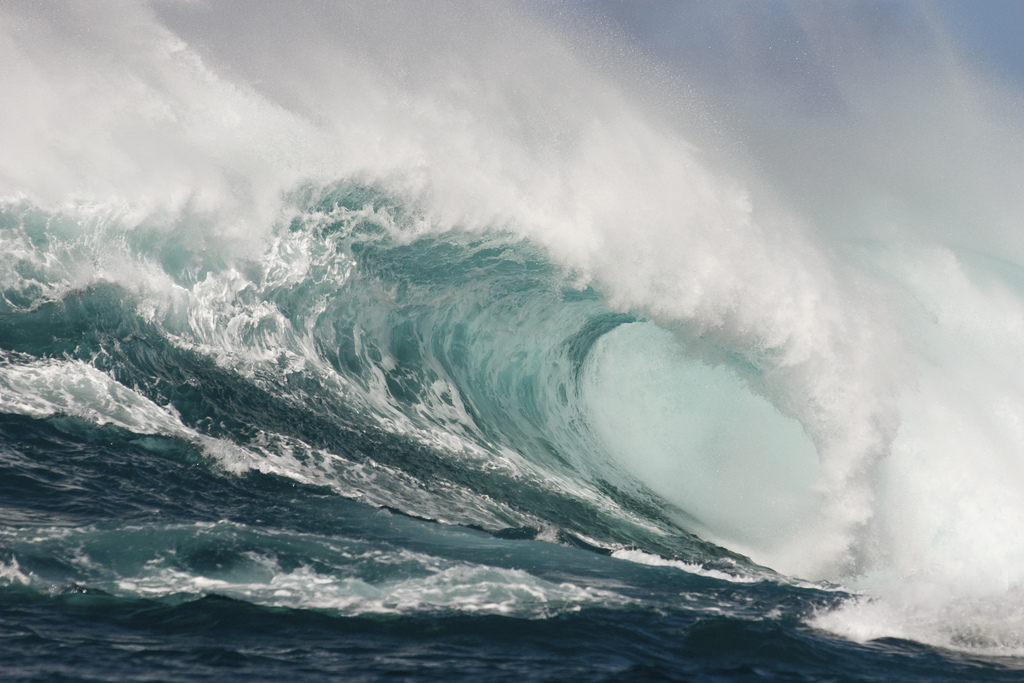 Just weeks ago Hurricane Sandy pounded the east coast of the United States with horrific consequences. But imagine a machine that could make massive ocean waves simply disappear.

Or, more precisely, a way of geoforming the ocean floor to almost eliminate surface waves.

Sessions at the 65th annual meeting of the American Physical Society’s division of fluid dynamics  include presumably fascinating talks on “Bubbles,” “Vortex,” “General Fluids,” and “Drops.” Not to mention “Bubbles II.”

One paper being presented, however, has a less pedestrian title: “A Cloak of Invisibility Against Ocean Waves.” Reza Alam, a professor of mechanical engineering at the University of California, Berkeley, will be speaking about a way he has discovered of neutralizing ocean waves in near-shore or off-shore areas. 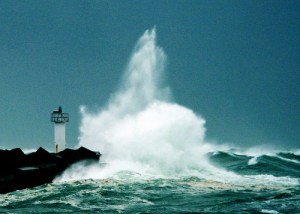 By “properly architecting the bottom corrugations” of the ocean floor, Alam has discovered that “floating objects in stratified fluids can be cloaked against broadband incident waves.” Translation: by making the right hills and valleys in the ocean floor, waves can be transformed from surface waves to internal waves.

Meaning that, from the perspective of an observer floating on the surface of the ocean, the waves have simply disappeared. Of course, they actually have not — they have simply become internal waves deeper within the ocean layers.

And a reverse effect is possible as well. As Alam told Phys.org, “In reverse, it can cause the … reappearance of surface waves in areas where sandbars or any other appreciable bottom variations exist.”

Which means that the same technology that might help shelter marinas or offshore installations might also be used to create a surfer’s paradise.