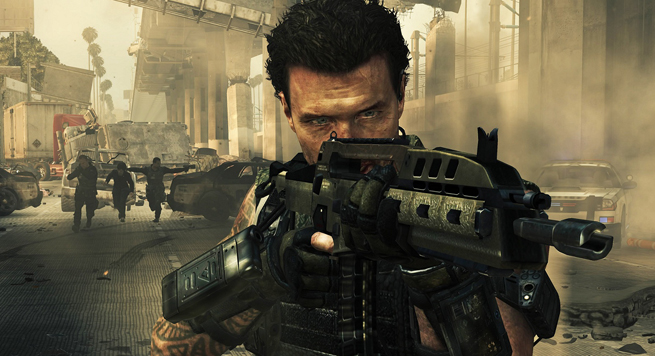 While some people tell us that the Wii U’s launch lineup is “the best in history” and “it is not debatable,” we prefer to take a “trust but verify” approach to the subject.

Like it or not, a significant portion of the Wii U’s catalog consists of ports from months-old titles, backed by developers promising that Nintendo will feature “the definitive editions” of their games. I think that’s worthy of debate. And their general quality should absolutely be verified before anyone spends money on them.

We don’t need to give every Wii U game a complete review — several have gotten that already on other systems — but we do want to see how both ports and original releases stack up on the new hardware. After all, the Wii U’s big conceit claims it isn’t just what you play, but how you play it that makes all the difference.

Naturally, some games get that. Some don’t.

Unless otherwise noted, all games below are currently available. Click here for all of GamesBeat’s Wii U launch coverage. 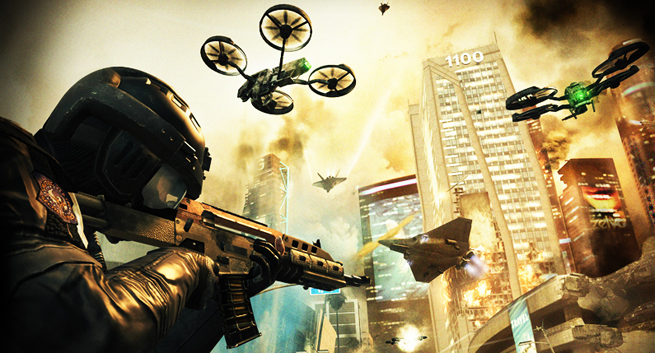 You might think it’s the biggest game of the year, but to me, Black Ops II feels like the biggest surprise of the year. I haven’t despised a Call of Duty game more than Black Ops since World at War — not coincidentally, all three were developed by Treyarch. But I found myself loving a lot of what Black Ops II threw at me. The (branching!) story, characters, level design, and flow clicked into place in ways I haven’t seen from this franchise in years. Oh, you get some fairly sharp interruptions with forced, clumsy, real-time-strategy missions, but otherwise it’s solid entertainment written in capital letters.

The Wii U implementation, however, doesn’t recommend itself over any other, and it often finds ways to drive away the dedicated Call of Duty players Nintendo wants to attract. Compared to the other versions, it’s visually diluted; transferring your game to the Game Pad’s 480p screen waters down the graphics more. It’s cool to get the full CoD experience on a handheld device (even one tethered to its console), but that’s as far as anybody went to fit this game on Nintendo’s hardware. Those RTS levels seem like a natural for its touchscreen interface, but nope … Activision didn’t bother, sticking to the same awful controls you’ll find on the Xbox 360 and PlayStation 3.

Worse, back in first-person-shooter mode, the Game Pad (and Pro Controller) face buttons reverse all the familiar command inputs from past games. That’s more than distracting in the campaign and intolerable in multiplayer. I can’t believe anyone will take the time to retrain their reflexes just to satisfy Nintendo’s conceits.

Those coming in fresh will get a seriously good game with a few detractions they likely won’t even notice. Veterans might want to stick to more familiar ground. And hey, maybe the multiplayer won’t end up such a grindhouse with all the career shootists happily plugging away on other platforms. 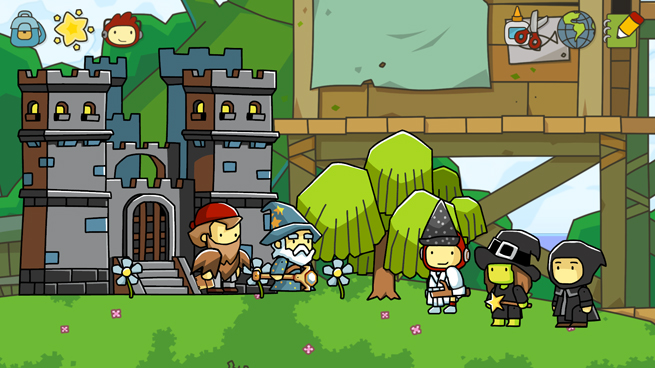 I’ve been in love with the idea of Scribblenauts since publisher Warner Bros. Interactive stuck it on two tiny kiosks against the very back wall at E3 2009. It came out of that trade show a major player. The finished games themselves always faltered in some way — sometimes very badly — but now I’ve got a Scribblenauts I can really recommend … one that actually gives you the freedom the series has long promised.

The basic game remains unchanged. As rooster-hat-wearing Maxwell, you tap out words to create items and people meant to solve puzzles and problems. Half the fun lies in finding out how extensive and outrageous Scribblenauts’ vocabulary is (short answer: very, now including a number of classic Nintendo characters) and applying wacky solutions to sometimes mundane problems. The ability to modify words (big, radioactive, rotten, etc.) returns, but a robust item creation suite kicks the possibilities into orbit.

More importantly, Scribblenauts finally moves away from quick-hit, one-screen puzzles and a linear progression that felt more like a series of cages than anything else. Now Maxwell moves through an open world, leaving you free to go anywhere at will and engage whomever you want, however you want. While the tasks you find aren’t always terribly interesting, you can usually make them interesting by applying as wild a solution as you can devise. Sometimes my experimentation revealed the limits of Scribblenauts’ imagination, but it’s easy to simply move on and see if a flying robot dinosaur works better in other situations.

But despite being a launch title for a brand-new console, Scribblenauts still never truly leaves the small screen. I played wide swaths of the game without once looking up at my television, doing everything right from the Game Pad’s touchscreen. That makes Unlimited, despite its more open, more expansive nature, feel every bit as much a mobile-platform game as its predecessors.

It’s also possibly the best party game on the Wii U. Encourage everyone in the room to shout out suggestions for things to create, and you’re in for a evening of doodling up some amazing disasters. Either way, alone or in a crowd, Scribblenauts Unlimited gives you a lot to write home about. 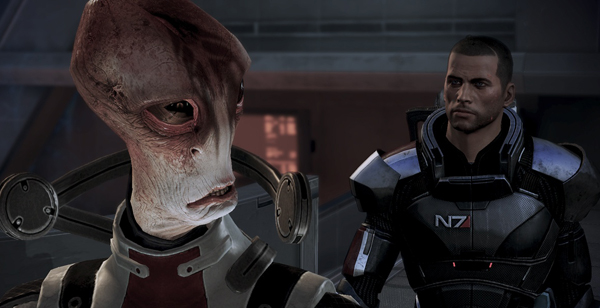 All the controversy and bad blood generated by Mass Effect 3’s much maligned ending can make you forget what an amazing game it is. Y’know, until the last 15 minutes or so.

The “Special Edition” port for the Wii U serves as a solid reminder. The concluding chapter of Commander Shepard’s war against the world-ending Reaper threat makes a decent jump over to the Nintendo console, but not without hiccups. Regardless of which controller you’re on, some controls feel a bit sticky — aiming, for example. Melee attacks are mapped to a tough-to-reach button, and integration with the GamePad feels slight. You get a bland radar map (which seems like a cliché in the making) or the power wheel with hotkeyed special attacks for your squad commands. Both of these assume you’re fine with taking your eyes off the TV during a firefight. I wasn’t.

All the campaign’s downloadable content and the “improved” extended ending come standard, so you’ll get plenty of mileage though (perhaps tellingly) not all the multiplayer updates made it in. The graphics go down a notch or two, but they started pretty damn high. Newbies won’t notice a thing. And really, sans all the additional content, nobody else needs to commit to this edition over any other.

If you’re solidly Nintendo Core and haven’t bothered with Bioware’s sci-fi epic until now … well, Mass Effect 2 would actually be the best entry point. But since that’s not available, get Mass Effect 3 and enjoy the hell out of it. Several emotional crescendos won’t register as deeply, but neither will the ending feel so abysmal a letdown. Perhaps that’s a fair trade-off. Certainly, the 25 hours of gameplay before that will be time well spent.