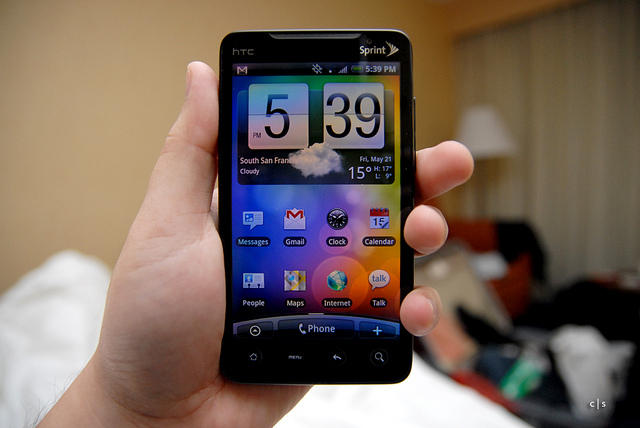 HTC and Apple definitely have a cross-licensing agreement on patents with Apple. But the numbers attached to that agreement are still a major mystery.

Based on analyst estimates, many media outlets — yes, VentureBeat included — had reported that HTC was paying Apple between $6 and $8 for each and every Android-based smartphone it was selling.

According to HTC chief executive Peter Chou, that’s outrageous. In a statement to Reuters at product launch in Tokyo, Chou said those numbers are “baseless and very, very wrong.”

Two weeks ago Apple had been the one to announce that it had reached a global settlement with HTC which closed all lawsuits and licensed current and future patents )out to ten years in the future). Typically, the announcing company is the company which has “won,” or the company which is getting paid.

That is still the case, but Chou refused to comment on any specific number. The terms of the agreement were, after all, announced as confidential.

The question now is Samsung: Can Apple and Samsung get together and bury the hatchet so each can focus on creating and selling great technology? Samsung is going to have to write a check, but the question is how big.

Now, maybe that amount is less than what we originally thought.