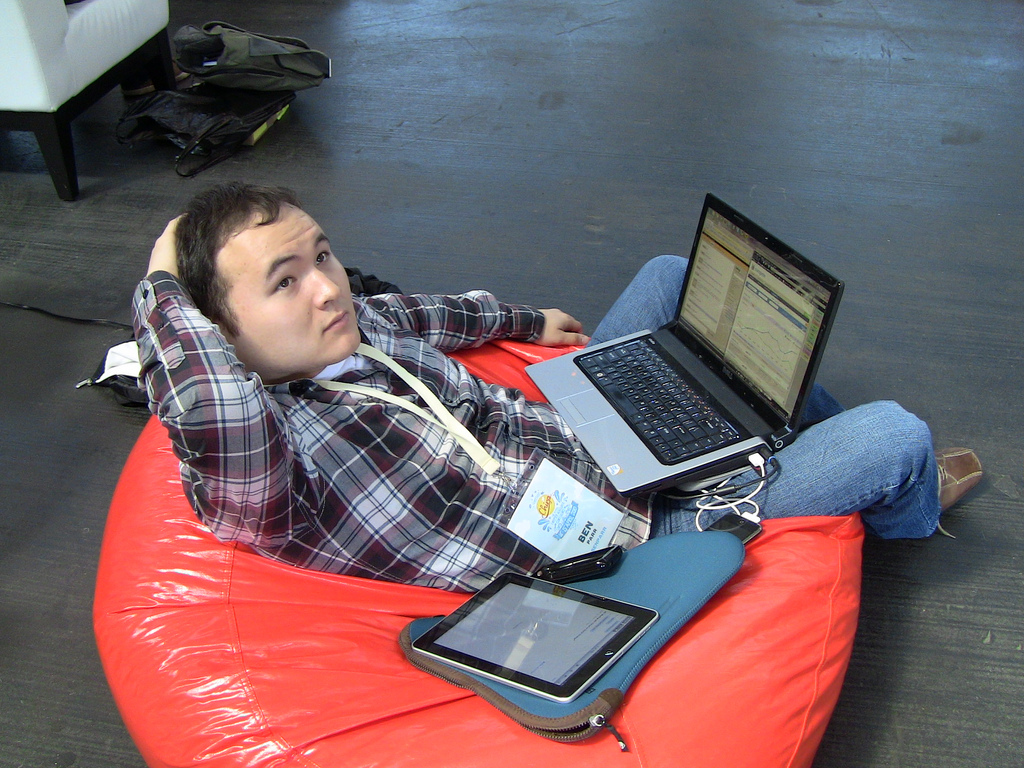 Who would give Ben Parr and a couple of his young buddies money to run a VC firm?

Parr, a onetime micro-celebrity of the blogosphere due to his stint as a Mashable editor, has teamed up with the co-founders of Tracks.by to raise money (or conspicuously not talk to the media about raising money) for a small fund, to be called #DominateFund, pound sign included. (Disclosure: I used to write for Mashable.)

The total amount of the fund is rumored to be in the single millions — hardly a power-player figure, but enough to make high-risk, five-digit bets on seed-stage startups.

We’ve been catching snatches of Parr’s whisper campaign about his venture capitalistic ambitions for a while; the obvious question was where the money for such a fund would come from. While Parr, like his frenemies at CrunchFund, built up a substantial audience as a blogger, he has no experience in entrepreneurship or investment.

His co-conspirators are Matt Schlicht and Mazy Kazerooni, both co-founders of Tracks.by, a San Francisco-based startup aimed at the entertainment industry and getting musicians to launch their content on the Tracks.by platform.

Schlicht is a 24-year-old designer/product guy who has worked at Ustream and Socialcam. Kazerooni, 22, also worked at Ustream doing marketing work. Both held positions as celebrity liaisons, hence the trio’s thesis: Celebs will give them money to channel into the ever-hotter tech space.

But while the youngsters have worked on a handful of products, none have seen huge success, making their collective entrepreneurial experience negligible. Tracks.by made it into Y Combinator, but aside from being a sort of hacker badge of honor and a good training ground for first-time entrepreneurs, that experience is no guarantee of business success.

But still, we have reservations about the capacity of this group to run a credible investment outfit. Time alone will tell whether our reservations are unfounded or whether Ben Parr and two kids make up an unexpectedly awesome startup investment dream team.

Top image by Jolie O’Dell, Flickr. O’Dell also worked at Mashable while Parr was employed there.