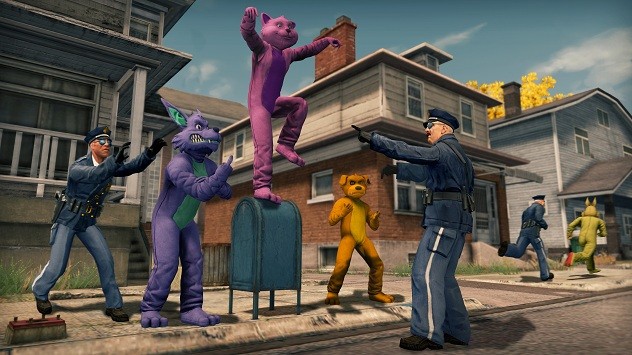 THQ is in shambles, but it’s making moves to keep its developers’ doors open.

“We would like to thank Paul for his significant contributions over the past four years and wish him well in his future endeavor,”  said THQ chief executive officer Brian Farrell in a press release.

This news came coupled with an announcement that THQ has entered into an agreement with Wells Fargo, which owns the publisher’s debt, that will prevent the bank from taking harsh actions against THQ through January 2013. In that time, Wells Fargo will additional loans to the Saints Row The Third publisher.

“We are pleased to have reached an agreement with Wells Fargo. This agreement enables us to continue focusing on bringing our games in development to market,”said Farrell. “Meanwhile, we are evaluating financial alternatives that will transition the company into its next phase.”

Said “financial alternatives” may come as a result of exclusive negotiations that THQ is in with an unnamed financial sponsor. The identity of this mysterious entity will remain shrouded until the two companies end negotiations. THQ is warning investors that the results of these talks made end in the significant dilution of the corporation’s stock.

THQI is currently trading at $1.25 on the NASDAQ.

Earlier this month, THQ reported smaller than expected losses, but it also delayed three major releases (Company of Heroes 2, Metro: Last Light, and South Park: The Stick of Truth.) The result of those financials results forced the publisher to hire a firm to “evaluate strategic alternatives,” which essentially meant the company is up for sale. Now, that seems to have resulted in these current talks.