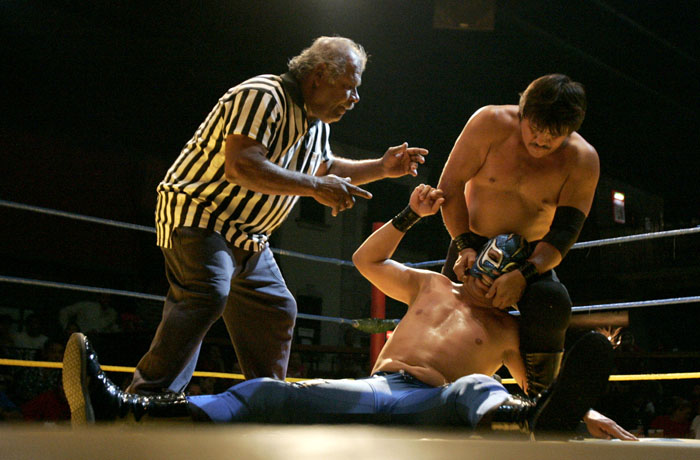 On the heels of last night’s news about 500 Startups opening a $5 million fund in India, today we read in an SEC filing that startup Yoda Dave McClure is taking the franchise into Mexico.

Get ready to say hola to 500 Luchadores, another $5 million fund from McClure, this time focused solidly on Latin American entrepreneurship.

A luchador is a professional wrestler. These surprisingly agile masked wrestlers work in Spanish-speaking countries and form hierarchies of three-man teams and wrestling families. The lucha libre form of wrestling is most prominent in Mexico; most luchadores are men.

What exact parallels can be drawn between luchadores and tech entrepreneurs? We’ll have to wait for McClure to enlighten us; for now, the impressario has declined to comment, citing a bad case of lawyers.

But the expansion of the 500 family makes sense, given McClure’s increasingly international incubator portfolio (57 percent of the founders from the most recent batch hailed from outsied the United States).

In addition to the branching out into India, earlier this year, McClure joined a super-angel, pan-Asian project called Jungle Ventures.

He also bought a Mexican VC fund back in August, which may or may not relate directly to today’s news. We’ll relate more details as soon as the McClure camp is ready to talk.