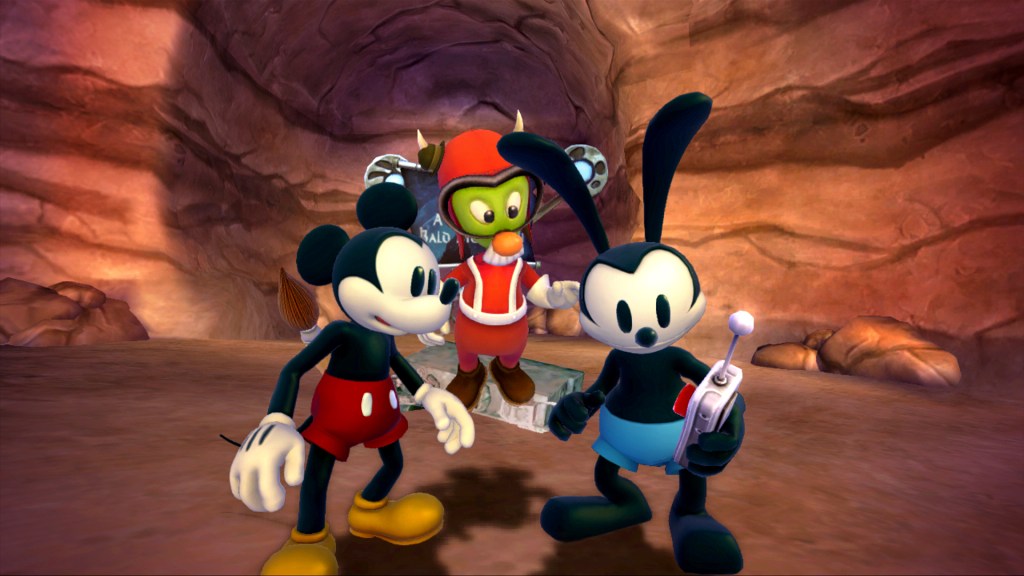 The title, reviewed here on a Xbox 360, starts off exceedingly well. The Wasteland is once again in need of its hero, Mickey Mouse, and a newly reformed Mad Doctor joins forces with the inhabitants to call to Mickey once again through a magic television set. Oswald, the mute focus of the first Epic Mickey game for the Wii, is waiting to join the adventure. This time around, he’s got as many speaking parts as all the other characters, including Gus the gremlin, voiced by Cary Elwes of Princess Bride fame.

Everything begins with a mad dash through Dark Beauty Castle, down Mean Street North and South (the in-game analog to Main Street from the Disney theme parks), and on to OsTown, which is really Toontown in disguise. Earthquakes have been plaguing the town, wreaking all kinds of havoc. It’s up to Mickey and his pal Oswald to track down the source of all the problems and save the toons once again. 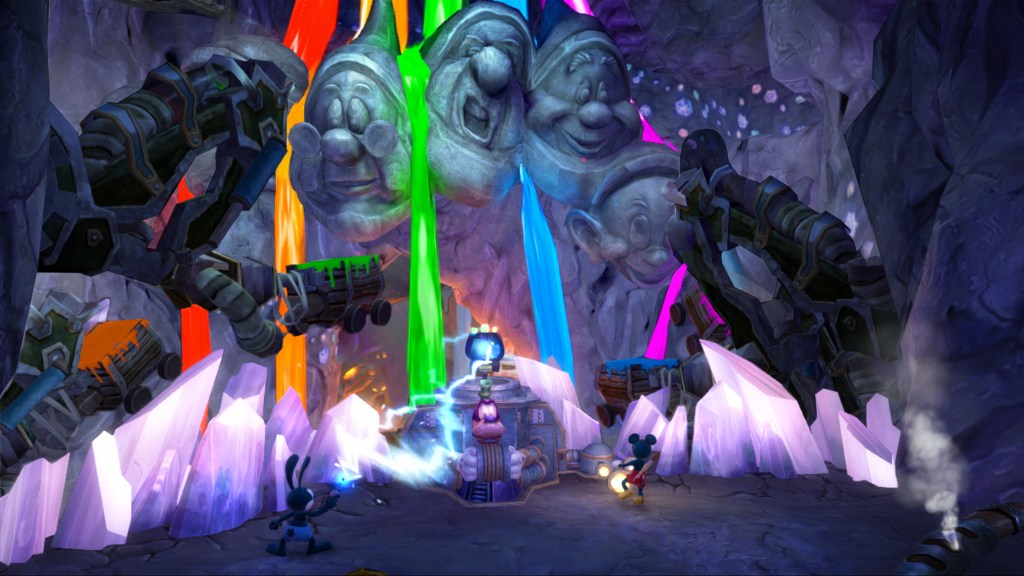 The lush graphics do not disappoint
The high-definition output of the Xbox 360 version makes the original Epic Mickey for the Wii unappealing and unattractive. Everything is sharp, bright, and simply gorgeous, inviting a closer look at the environment and the various characters and enemies in the game. Each and every land in Epic Mickey has a unique feel, with environments drawn lovingly from the huge oeuvre of Disney visual lore. You’ll see enemies based on the little robot from The Black Hole, The Little Mermaid, and even a boss level with Pete’s Dragon. Anyone who’s seen a Disney film will find something unexpected around the corner while playing through.

The stylized, grainy, two-dimensional cutscene story segments that take place between larger lands and episodes are whimsical and delightful to watch. Even in segments without much story, my whole family looked forward to setting the controllers down, leaning back, and soaking in the vivid colors and retro animation style of the interstitial movies. 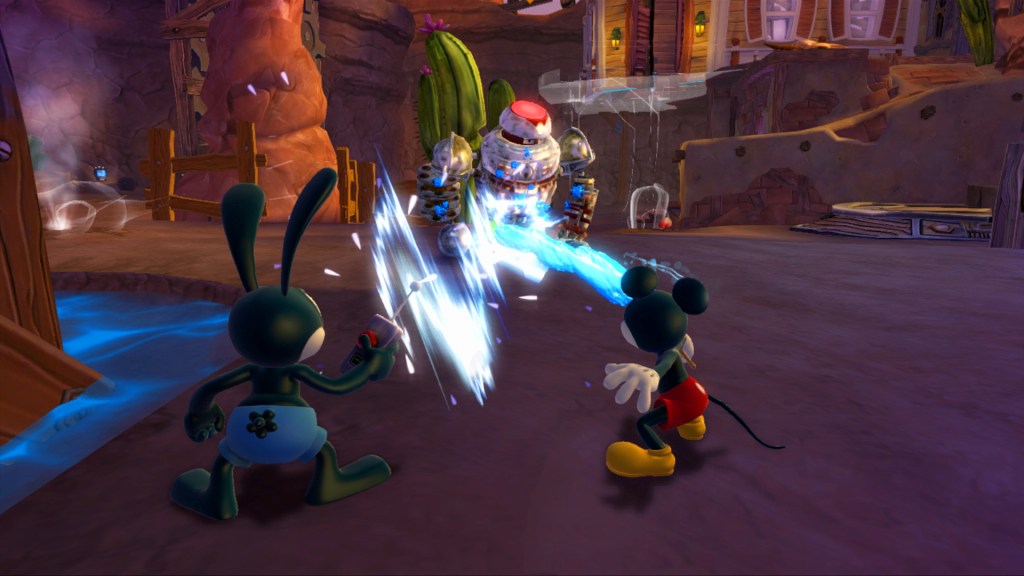 It truly is about player choice
Warren Spector calls it play style, saying that he never judges players. Since Mickey has the power of paint and of thinner, the environmental puzzles in each thematic land typically have a couple of different solutions. You can thin enemies, hit them with an up-close spin kick, or you can paint them, which gives them little blue hearts above their heads and makes them friends.

While my children played through some of the game on their own, thinning enemies and painting environments, I stuck to pure painting. My game was much different from theirs, ultimately. The quests and interactions I had with some characters and quest givers, most notably the ghost in Bog Easy and Blot Alley, were distinct from the ones my kids reported with the same characters.

There’s a lot to do here
Visiting all the nooks and crannies of lands like Autopia, the Train Tunnels, Fort Wasteland, and the rest will take a lot of time, but it’s well worth it. You will uncover hidden paths and passages, side quests aplenty, and tickets and pins to collect, each enriching the main gaming experience. I’m certainly going back to play through the game at a much slower non-reviewer pace to see all that’s on offer.