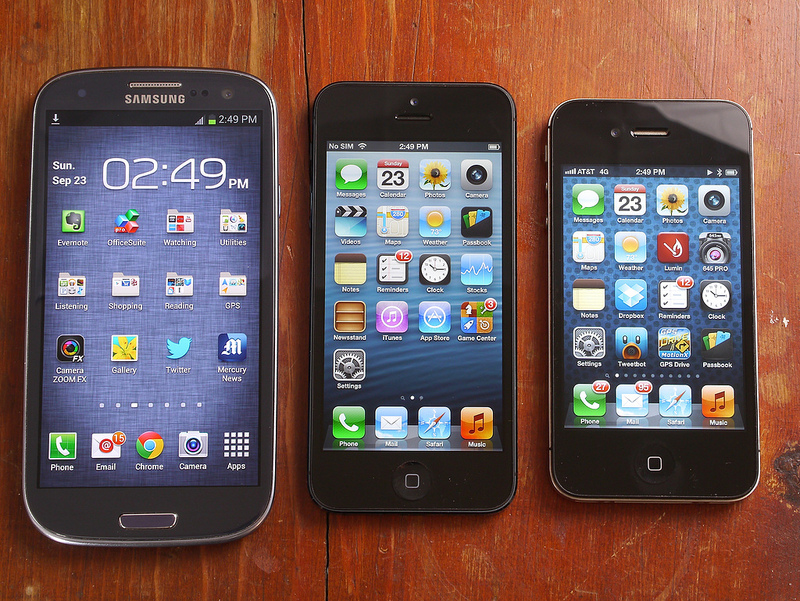 Remember that “terms not disclosed” patent licensing agreement between Apple and HTC? After a court order today, Samsung — Apple’s bitter rival and HTC’s competitor — will get a chance to review that complete and unredacted contract, including the details of how much HTC pays Apple for each and every Android phone.

Score one for Samsung in the long-running court battle that started way back in August with that billion-dollar judgement against the Korean company.

As a result of that win, Apple is seeking a ban on the importation of Samsung’s Android smartphones and tablets. Samsung, of course, is arguing that this is unnecessary, while also trying to overturn that judgement. U.S. District Court judge Paul Grewal’s decision today makes a ban on Samsung products much less likely.

Essentially, the legal logic is this: Apple can’t have its cake and eat it too.

In other words, Apple cannot both argue that Samsung’s infringements are so severe that basically all of its Android smartphones must be banned from importation into the U.S., and at the same time cut a licensing deal with HTC that allows substantially similar products to enter the American market.

Knowing what HTC has already negotiated with Apple, of course, is a major advantage to Samsung if and when it chooses to seek a licensing agreement of its own. HTC’s royalty payment, reached at the end of negotiations, would be the new deal’s starting point, and Samsung — especially with its vastly great volumes of shipped product — could hardly fail to negotiate a better deal.

HTC had argued to the court that the agreement should not be shared — at least not with all financial data — because of the agreement’s competitive value to Samsung.

In his order, Grewal said that “the court is not persuaded by HTC’s argument.” Citing legal precedent, he added that “many third parties to this case have had their licensing agreements disclosed – without any redaction of financial terms.” In addition, Grewal further wrote that “the confidential financial terms [are] clearly relevant to the dispute between Apple and Samsung.”

There is some danger for Samsung here as well, however.

It cannot argue in good faith that a full injunction is not necessary (because licensing worked for HTC) if it really has no intention whatsoever of actually working out some kind of licensing agreement with Apple. Which, of course, at least one company executive has gone on record saying the company has absolutely no intention of doing.

So committing itself to this course puts it on the path, at least temporarily of working out some kind of arrangement with Apple, perhaps based on the HTC model.

That path can be altered, of course, if Samsung successfully overturns the original judgement.

The saga will doubtless continue after a Thanksgiving hiatus.