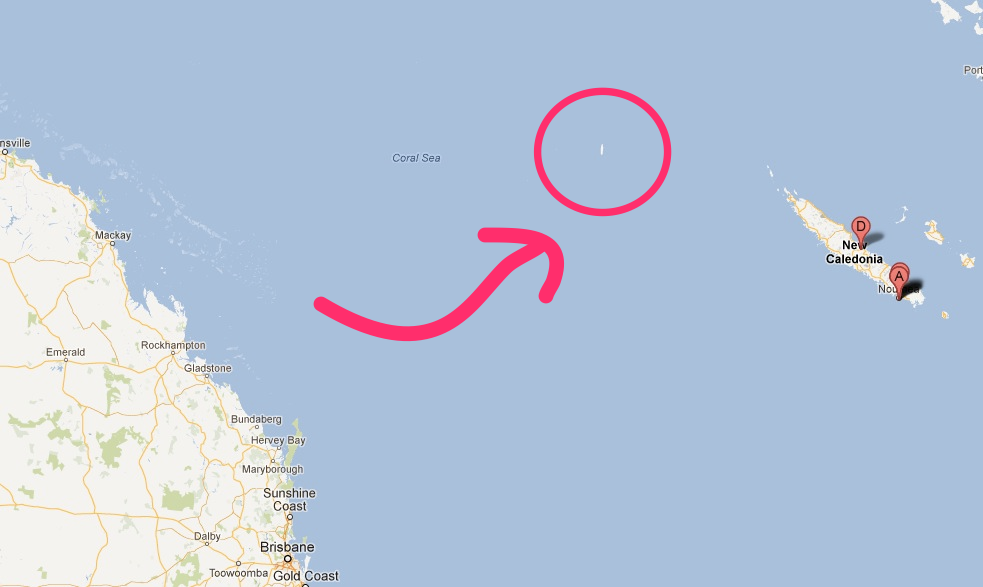 Google Maps is probably the gold standard when it comes to modern maps, as Apple found to its chagrin when it swapped out Google’s maps app for its own a few months ago. But even the best aren’t perfect, as the BBC reported today.

Scientists from the University of Sydney sailed east of the coast of Brisbane to find the tiny spec of land, named Sandy Island, which was supposed to exist some hundred miles or so off the northern tip of New Caledonia. When they arrived, nothing was to be seen but the deep blue sea — with the nearest land almost 5000 feet underwater.

“It’s on Google Earth and other maps so we went to check and there was no island. We’re really puzzled. It’s quite bizarre,” scientist Maria Seton told the AFP news agency after returning from the 25-day voyage to nowhere.

One clue that the island is not completely kosher can be found by comparing the map and satellite views. While the map shows the Island, the satellite view has zero detail, just a black smudge where the mapping functionality appears to be attempting to tell the satellite algorithms that something exists … even if they don’t see it.

The scientists are not sure how the island made it on to maps in the first place, but apparently it has been showing up for over a decade. Perhaps some creative cartographer wanted to commemorate a wife?

Sandy Island is still showing up in Google Maps and Earth right now, but will soon be deleted, a Google spokesman said, stating that “the world is an ever-changing place.”