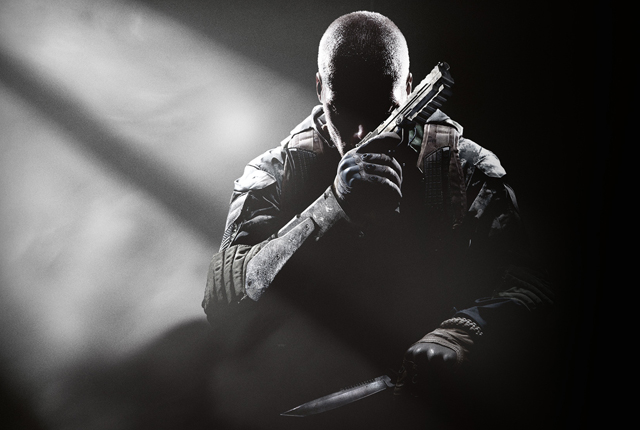 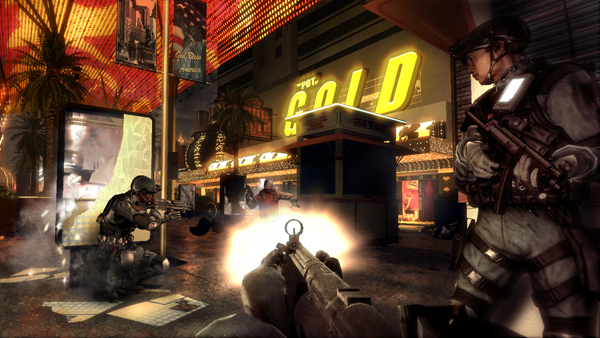 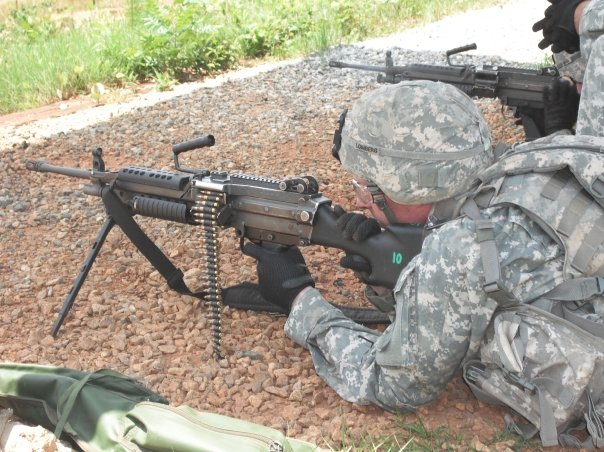 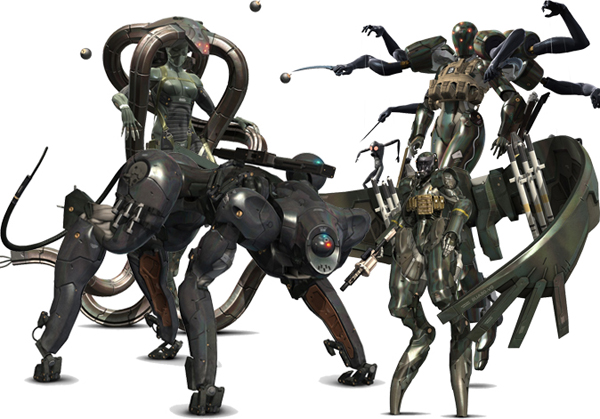 Dave Mull: Very much so — specifically toward the end with Adam’s adoption of Liquid Snake’s personality and with the four gals of the Beauty and the Beast unit.
GamesBeat: Medal of Honor: Warfighter single-player producer Luke Thai cited movies like The Hurt Locker and Saving Private Ryan as influences. Does it bother you that gaming leans so heavily on Hollywood, which isn’t exactly known for its factual portrayal of war? Could the games industry draw inspiration from a more credible source?
Mull: Real combat isn’t very exciting from a third-person perspective. You spend long periods of time bored out of your mind, and then, all of the sudden, someone is trying to kill you, and your adrenaline spikes through the roof, but you either can barely identify their position or have little to no idea where it’s coming from. And even when it is up close, it’s usually over very quickly without much in the way of struggle. Games are a form of entertainment so it stands to reason that they ape Hollywood’s plots, effects, and layout. I suppose one should remember that such entertainments are meant for everyone, not just vets.

GamesBeat: This is true. It’s been pointed out many times that a completely realistic shooter would be unplayable for all but the most hardcore individuals. One shot and you’re dead — unless you have Kevlar — no regenerative healing, much lower body counts, and incessant boredom.

Mull: Ugh, you should see that abomination the Army trains on.
GamesBeat: Which one is that? The EST 2000? [Engagement Skills Trainer 2000, a life-size, squad-based shooter that attempts to simulate combat] 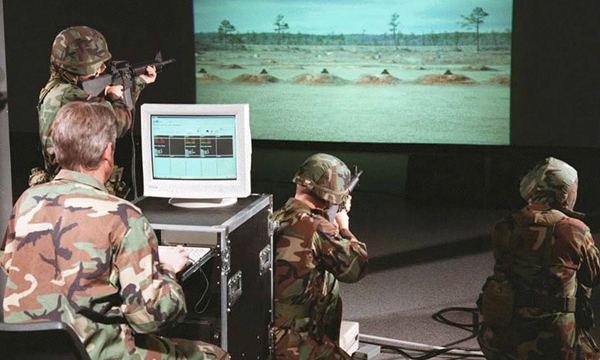 Mull: Yep — it has a controller shaped like an M4 or M16 and graphics like a Dire Straights music video.
GamesBeat: The only purpose I can see is to build unit cohesion, but I’m sure your average, commercial video game could do that better.
Mull: Never mind that since it’s for training, you can never win … it’s very Kobayashi Maru.
GamesBeat: With the implicit understanding that every game takes enormous historical and artistic liberties, which game that you’ve played seems the most “accurate?” Which game simulates the realities of combat the best?
Mull: Its probably a tossup between Killzone 3 and Fallout 3. Killzone has the right, gritty feel for things — the crosstalk is right, and you feel like you are in a real infantry platoon. Some of the weapon features make a helluva lot of sense, too — for example, the main rifle sounds a tone for the last five or so rounds in each magazine, and the grenades feature an LED bargraph to aid in cooking. 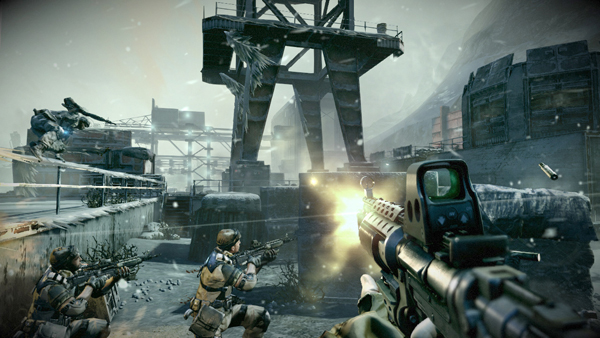 Fallout is special because you don’t have any health regeneration — you need to eat. Weapons and equipment degrade over time and with use, so you need to salvage similar items and rebuild them, and you can largely go “off script” whenever you want. I can’t tell you how many times I got tired of hearing some whiny NPC’s sob story and went on the rampage instead of helping them.
GamesBeat: It seems like many games try too hard to get the macho chatter down pat.
Mull: Very much so. Black Ops 2 goes overboard with it. Trying much too hard. I think they got the dude from Days of Thunderin there — sounds like him anyway. You really don’t have to say “Tough shit” all the time. Drop some mom jokes or something.
GamesBeat: So you’re saying most soldiers don’t have these dramatic, introspective thoughts about war and the nature of patriotism?

Mull: I might start rambling Kipling at times, but most Joes’ conversations are a constant mix of dick and fart jokes.

GamesBeat: The developers feel they need to sex it up, I guess.
Mull: I suppose. The Killzone 2 trailer/opening drop was just about perfect. Clueless privates are screwing around; Sarge is chewing new assholes and generally being angry.

GamesBeat: So which FPS that you’ve played seems the most inaccurate?

Mull: Black was pretty damn bad. You had AK-74s in 1963 and HK-G11s in the early ’70s. Think Call of Duty without the side effect of being any good.
GamesBeat: Which FPS franchise do you prefer? Why?
Mull: Of the current crop, Call of Duty. It’s the most popular, and that’s what all of my friends play. It’s nearly universal among gamers, hardcore and casual alike.
GamesBeat: Does realism – as it relates to first-person shooters — ever factor into your buying decisions?
Mull: No. I’d say fantasy is more likely to factor. Like I said, I often use FPS as a form of cheap therapy and a way to relax after a long day. The actions can be the same, but if it can divorce itself that much further from reality, it’s certainly not a bad thing.
GamesBeat: How much of Black Ops 2’s campaign and multiplayer have you tackled thus far? What are your initial impressions, from a realism perspective?
Mull: I did the first two chapters of campaign and am about halfway through first Prestige on multiplayer. The campaign is the usual super-dramatic movie experience, and multi is multi. I will say, though, that it seems they have finally figured out how to level the playing field without penalizing players with hot Internet connections.