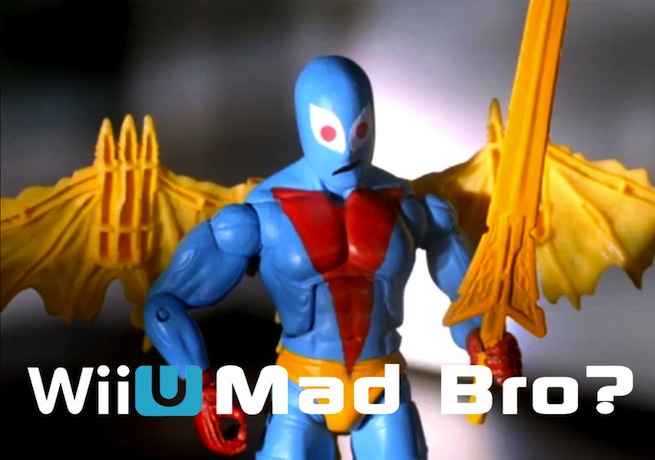 Nintendo’s Wii U console has been out for almost a week now, and gamers are finally seeing for themselves whether its “big screen plus smaller screen” format can actually provide the revolutionary interactive experiences we’ve been hearing about from the publisher. But you need more than just a couple of variously sized displays working in concert to capture the hearts and minds of players.

You also need software, and developers will soon fill retail shelves with titles designed to take advantage of the unique GamePad controller and its potential to allow games to break free from the confines of your TV and escape to a smaller TV that you hold in your hands. We’re sure to see a lot of ambitious projects in the next few years, but let’s hope that nobody takes the Wii U’s dual-screen concept in any disturbing directions.

Here are a few games we really hope we don’t see.

The concept: Players take the role of a brave agent of the Transportation Security Administration and perform screenings at a busy metropolitan airport during an especially busy holiday travel season.

Crazy GamePad functionality: The WiiPad becomes the monitor on which you review the images from both millimeter-wave and backscatter body scanners. Analyze your screen to identify suspicious wallets, forgotten receipts, and potentially dangerous colostomy bags, and then delete the pictures forever (right?). 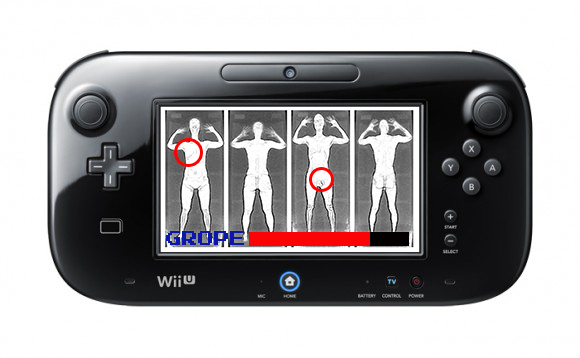 Bonus weirdness: Good security is about making the right decisions, and Defenders of Freedom will confront gamers with a series of hard-hitting moral choices, none of which affect the outcome of the game. Or do they? You’ll never actually find out. Should you swab that infant for bomb residue? Do you think you’d better frisk that confused grandmother? Switch to the Wii Remote and start up the Operation-style Enhanced Pat-Down minigame. Just don’t grope anyone too obviously, or they’ll sue.

The concept: The Wii U promises engaging asymmetric multiplayer experiences we’ve never seen before, like the Luigi’s Ghost Mansion minigame in the Nintendo Land collection, in which one person controls an invisible ghost using the GamePad while other players stumble around in the dark trying to catch him with their flashlights.

Road Trip U builds on this dynamic by simulating that most American of traditions: the really long road trip.

Crazy GamePad functionality: One player is a driver controlling a car on the TV screen, while another person has the map on the GamePad. The driver receives no information about where they are going or how to get there and must rely on directions from the navigator. Teams receive bonus points for making good time or taking especially scenic routes, and the navigator can tap the GamePad screen at any time to stop the car for a bathroom break, stretch, or just because he’s annoyed that the driver keeps yelling at him for giving bad directions. 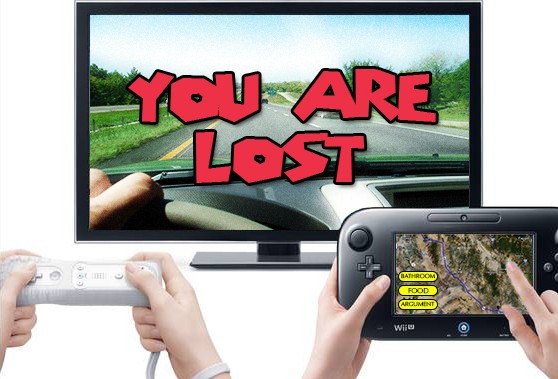 Bonus weirdness: During pit stops, the GamePad becomes a camera that players can use to capture shots of all the virtual points of interest they come across. Once they’ve completed the game, they can invite their real-world friends over and force them to look at pictures from their fake-world vacation.

The concept: GamesBeat writer Mike Minotti, who loves Disney’s National Treasure film series like nobody else I’ve ever met, came up with this exciting game in which you can embark upon your own quest for riches. Players become prospectors staking a claim and panning for that lovely 79th element.

Crazy GamePad functionality: From Mike: “You just shake the pad to sift dirt and look for specks of gold, which is really rare, so you just basically never win.”

Bonus weirdness: This could be a great opportunity for an ambitious developer to bring microtransactions to the Wii U. Imagine if you could pay a small fee to customize your pan or increase your odds of actually turning up some gold. 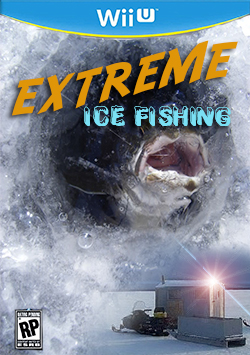 The concept: Does all this driving and panning for gold have you feeling a little stressed? Maybe it’s time to take a break and do some virtual fishing. But, like, really immersive fishing. In the ice.

Crazy GamePad functionality: The Wii U is uniquely poised to capture all the adventure and excitement of real ice fishing. You place the GamePad on the floor, and it displays the hole you’ve cut in the ice. Your Wii Remote and Nunchuk become your trusty rod and reel, and you sit there waiting for a bite. It’s exactly as interesting as actual fishing, but you don’t have to freeze your ass off on a lake. I’m going to call that a win-win.

Bonus weirdness: Since all the action takes place in the GamePad, the TV shows a static image of the wall of your virtual shack. Maybe you could hang a picture up there or something.

The concept: I asked GamesBeat writer (and Sonic hater) Sam Barsanti for his ideas on ill-advised Wii U games, and he came up with this interesting combination of Hide and Seek and those hidden picture games that I’m inexplicably terrible at. Sometimes my brain just doesn’t register the shape of umbrellas. It’s a condition, and I’m working on it.

Crazy  GamePad functionality: From Sam: “What if there’s a monster hidden somewhere in your living room, and you have to use the tablet to scan for it? The twist is that the monster is incredibly small and sometimes it doesn’t really appear. It’s a metaphor for something. Game design, maybe.”

Bonus weirdness: With a few minor tweaks, this title could become even more interesting. Variations could include “Where Are My Keys?” and “Quick! Find Your Pills!”

The concept: Daily Business takes the virtual existence that The Sims popularized and adds a whole new layer of depth.

Crazy GamePad functionality: The GamePad is actually the whole point; while you’re getting your little fake person to work and the bathroom on time, the controller is with you, corresponding to a tablet computer that your character keeps with him 24/7. In addition to the usual meters like Happiness, Social, and Hunger, the tablet introduces an additional metric: Guilt.

As you go through your imaginary day, tasks will appear on the GamePad that you must complete before Daily Business allows you to sleep. In order to keep the Guilt Meter low and get much-needed rest, your character will have to keep up his presence on social media sites, tend to his virtual pet, and reply to sad e-mails from his lonely, vaguely racist grandmother. Daily Business promises the most accurate life-sim experience ever created. 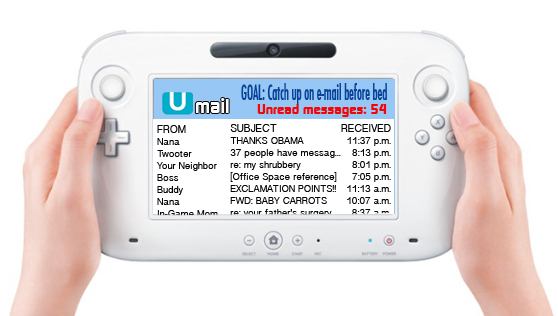 The concept: Players step into the shoes of Jack McDanger, a hard-bitten reporter out for the biggest story of his career … but then disaster strikes when he finds himself caught in the middle of a series of earthquakes, a terrorist attack, two deadly epidemics, and the worst storm in the history of the world.

Crazy GamePad functionality: Worst-Case Scenario uses the GamePad to eliminate the distracting heads-up display entirely, presenting all the information Jack needs on the smaller screen. Your seismograph, minimap, ammo, inventory, barometric pressure, rainfall gauge, CDC reports, news ticker, health, stamina, weapon status, compass, and goals will all appear on the GamePad, leaving your TV screen free of clutter and allowing players to really immerse themselves in the game without all those distracting icons breaking the illusion.