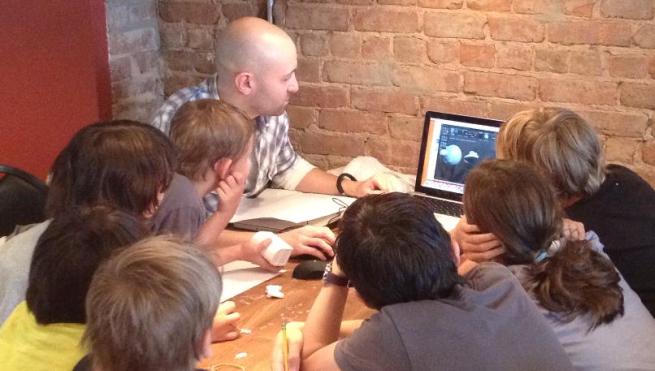 The educational outreach program offers private and public workshops on topics like video game design, 3D printing, film making, and app development to children ages 8 to 18. Since April, founder Mike Fischthal and his staff have traveled all over New York City, armed with a Pelican case full of Macbook Pros, three-button mice, and Wacom tablets. They’ve operated out of libraries, museums, and even living rooms, but they are now looking to raise $20,000 in hopes of finding a permanent location. 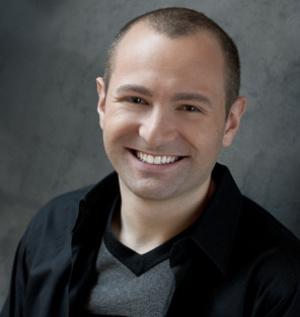 Speaking with Fischthal (pictured right), his passion for working with kids is obvious. “I worked one summer three years ago at a camp called Galileo Summer Quest, and I taught video game design to kids 9 to 12 years old. And I thought it was fantastic. I had so much fun. The kids had so much fun. And I just realized that there was something here. It didn’t need to be just a summer activity. This is something that kids should learn all year long: how to do programming, how to be creative,” he said.

Through Pixel Academy, Fischthal said he teaches 21st century skills that traditional schools lack — ones that are important for getting into college and finding a job. And he said that teaching kids these skills is easier than you might think. “I think it’s just because they’ve grown up in this world — this digital world — where thinking in lines of code and programming — it just makes sense to them,” he said.

Fischthal said everything his staff does is a learning experience — not just for the children but for them as well. “We’re not just sitting still and teaching what we know,” he said. “We always want to learn the next technology, the next cool thing, the latest way to make video games, the latest 3D-printing technology. We’re doing this because we love to learn this stuff, too. We don’t ever want to stop learning.”

The money raised by Fundable will go toward a security deposit and rent for a space that can accommodate the program and its various equipment. “If we just had a spot, we could get some tables and chairs and start offering classes every day of the week,” Fischthal said.

Right now, Fischthal said that his program isn’t able to reach everybody, but he wants that to change. “This is something that schools are not providing. And I think a lot of parents don’t know that their kids can learn and excel in these areas. So I want a spot. I really want a spot so that kids can just come, and we can offer this to 500 kids a week instead of 100,” he said.

Clever makes teaching with technology as easy as 1,2,3

How one startup is tackling America’s creativity crisis, starting with kids and an iPad game

Guess who’s winning the brains race, with 100% of first graders learning to code?