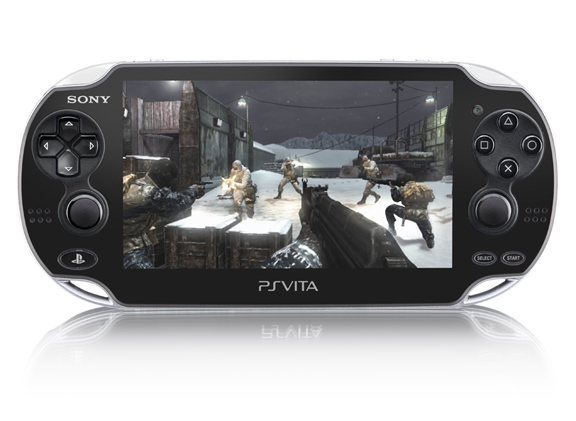 Sony built the PlayStation Vita for bombastic, previously living-room-exclusive franchises like Call of Duty. With better graphics, a bigger screen, and a right analog stick, the Japanese electronics giant designed the PlayStation Portable successor to literally be a console … that just happens to fit in your hands.

The on-the-go first-person shooter falls way short of achieving its ambitious mission in pretty much every way possible.

Occasionally, it feels like you’re actually playing Call of Duty

Declassified takes place in the shady, off-the-record Black Ops universe. That means you’ll play as familiar hard-assed protagonists Frank Woods and Alex Mason. And that also means you’ll be shooting up locations all over the world, from Russian military bases to the constricted alleyways of Saigon.

The series’ quick-twitch controls have, for the most part, made a successful transition to the Vita. You’ll depend on your shoulder buttons for looking down the crosshairs and pulling the trigger while the touchscreen takes care of things like throwing grenades and dishing out stab-happy melee attacks. Tapping the display can get frustrating in the middle of a firefight, unfortunately, which left me yearning for a console-style controller on an occasion or two.

I also found the analog-stick movement to be a little on the sensitive side, and I needed some time to get comfortable with the combat. But after an hour and a few menu-slider adjustments, I found my bearings.

The wave-based Hostiles mode complements the remarkably thin single-player campaign and tasks you with surviving round after round of enemies. Your performance is based on the number of Russian Spetsnaz operatives, bomb-vest-wearing insurgents, and drug-cartel foot soldiers you can take down. If you make it past a round, the game rewards you with new weapons and ammo.

It’s all pretty straightforward, but I enjoyed this mode the most out of Declassified’s solo offerings because of its semi-addictive nature.

Multiplayer is fun … every now and then

Being a Call of Duty title, Declassified features a multiplayer component. You’ll find standard game types like team deathmatch and free-for-all along with the Call of Duty-centric Kill Confirmed and Drop Zone.

Kill Confirmed is a variant of team deathmatch where you have to pick up dog tags dropped by downed opponents while Drop Zone asks you to fight over specific locations on a map for points.

During certain matchups with skilled players, I enjoyed myself. The condensed nature of the maps led to plenty of corridor-style shooting galleries that helped add a few chevrons to my uniform. While limited, knowing that you’re playing these modes on a portable can at times be pretty cool.

Frequently, it feels like you’re playing a Call of Duty clone

Many Vita owners will purchase Declassified for the big Call of Duty logo stamped on the box. Unfortunately, these people will not receive the travel-sized blockbuster they’re expecting.

Declassified has the COD name and includes most of Black Ops’ principal personalities, but that’s about it. The game features a single-player campaign that amounts to 10 “operations” and five shoot-the-target time trials. Now, take into account that each operation lasts about five minutes and that most time trials take fewer than 45 seconds to finish. 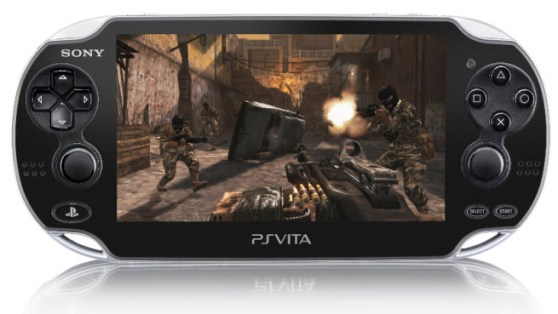 I don’t have to add the numbers for you to realize that the campaign is ridiculously short. I’m talking did-I-miss-something, I-can-blow-through-this-in-a-lunch-hour short.

Even worse, the operations have no checkpoints. That means if you go down in an ambush right before completing the final objective, you have to go through the whole sequence again from the beginning. While the scenarios are bite-sized, Nihilistic’s choice to artificially extend the single-player experience with the omission of a checkpoint system only highlights the campaign’s serious issues.

And don’t expect Declassified to fill in any narrative gaps or introduce intriguing side stories. Each operation begins with a brief cutscene featuring the classified documents, hand-written notes, and chaotic cuts we all expect from a Black Ops release, but the videos, just like the gameplay, are barebones. Throw in some horrible voice work from actors pretending to be the heroes from the console titles, and Declassified ends up feeling like a bad knockoff.

Multiplayer is uninspired … each time you boot it up

For every fun online shootout I had while playing Declassified, I endured multiple failed matchmaking attempts. Not only did I repeatedly get kicked out of encounters before they started, I often had to deal with unbalanced teams when I did get into skirmishes.

The multiplayer maps are small and generic, like their single-player counterparts. The tight hallways and confined enclosures lead to the aforementioned point-blank firefights. While fun, they take a lot of the strategy away. I constantly chose a close-quarters-combat loadout, knowing that I’d be mostly hitting people from short distances. Because of this, the other classes felt pointless.

What’s more disconcerting is that I encountered very few opponents online. Most of my matches included the same individuals, and I had trouble finding public games for modes like Drop Zone. This might be a broader PlayStation Vita-adoption issue, but for an online-heavy shooter like Declassified, having such a limited player base shortly after release is rather alarming.

Call of Duty: Black Ops Declassified feels like a portable experience … in a pejorative mobile-app-store-crapware kind of way. Ironically, this shaky recruit of a game takes its place in the queue of modern-warfare shooters that have failed to match the last few flagship COD releases.

Declassified is brief, boring, and bland. It should have stayed locked up in the filing cabinet.

Call of Duty: Black Ops Declassified released on Nov. 13, 2012 for the PlayStation Vita. The publisher provided GamesBeat with a copy of the game for the purpose of this review.