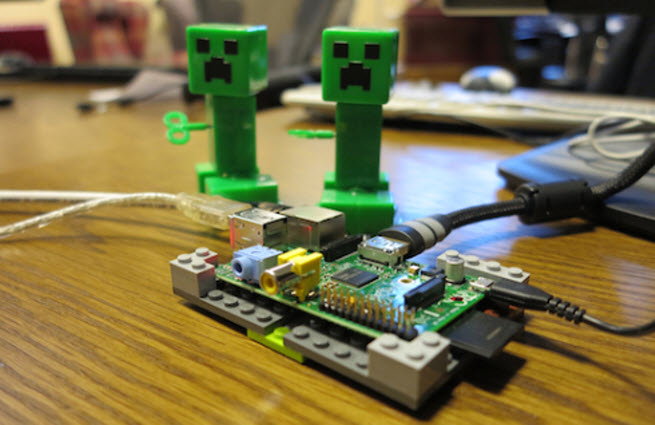 One of the big questions about the cheap and humble Raspberry Pi computer is what you can run on it. Game maker Mojang has answered that question by announcing it will launch a version of its insanely popular Minecraft game on the “microcomputer” platform.

The $25 Raspberry Pi is a wallet-sized computer that is aimed at people who are learning programming or just want a small, basic computer. Mojang has ported a version of Minecraft: Pocket Edition to the platform, and it will be a free download.

“The possibilities are massive,” Mojang announced on its company site. “You could organize the cheapest LAN party of all time, or use the Pi to learn the fundamentals of programming on a miniscule budget. It’s like hacking your way into Minecraft and modifying the game world with code, a bit like being (Minecraft creator Markus Persson) Notch, Jeb, or Nathan, but arguably more fun and less stressful.”

The Minecraft Pi version will be more limited than the full PC version, which has sold more than 8 million copies. But it may be enough to get kids interested in programming. The Raspberry Pi (second edition) is a stripped-down computer with 512 megabytes of dynamic random access memory. Minecraft is already available on the PC, Xbox 360, Android, and iOS.