The democratization of 3D image rendering is nigh.

OTOY, a cloud-based technologies company, released its Octane Render software today. OTOY designed Octane as a rendering tool to work with common off-the-shelf graphics processors — like the kind from AMD and Nvidia that most people already have in their home workstation PCs. While cloud computing can disrupt many local industries by bringing Silicon Valley power to remote locations, OTOY is using its research to squeeze more power out of the computer sitting on your desk.

“Octane Render enables movie quality rendering on any budget,” OTOY chief executive officer Jules Urbach told GamesBeat. “The terrific  work done by the students and independent artists using Octane Render on their laptops and desktops speaks to that. None of the gains we see today would have been  viable on consumer GPUs prior to 2010. This is why Octane Render is so much faster than CPU-based rendering systems. It was designed from the ground up to tap into the massive  — and cheap — computational and rendering power on recent consumer GPUs.” 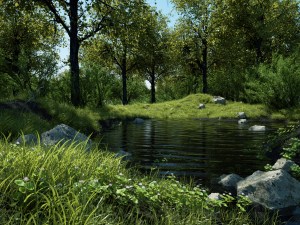 Octane operates as a plug-in with popular 3D modeling and artistry software like Maya, Poser, and 3D Studio Max. OTOY promises results equal to anything coming out of Hollywood but at a drastically reduced cost and in much less time.

This tech offers the artist an “unbiased” rendering engine. That basically means it can perfectly reproduce lighting. This allows for real-time changes to exposure, depth of field, and other effects.

“Bottom line, with Octane Render, it is now possible to render a photorealistic scene at 1080p in seconds with an off the shelf $350 video game card,” said Urbach. “The quality is no different — in fact, it is perhaps even better — than what comes out of a  cluster of high-end CPU render nodes rendering movie frames for a $200 million studio production.”

For the last year and a half, OTOY has had 45,000 artists working with Octane as part of an extended beta. The final product is available now for $199. Urbach pointed out the difference in price between this and something like Maxwell Render, which costs $1,000 and is slower than OTOY’s solution.

“For the independent artist – Octane can be used as a standalone tool, or it can be leveraged  as an integrated plugin in almost all the major 3D  art tools on the market today, including:  AutoCAD, Autodesk 3DS Max, Autodesk Maya, Autodesk Softimage, Smith Micro Poser, Daz Studio, Newtek LightWave and Maxon Cinema 4D  — with more to follow in 2013,” said Urbach.

In the first quarter of 2013, the Los Angeles-based firm will announce four more plug-ins. 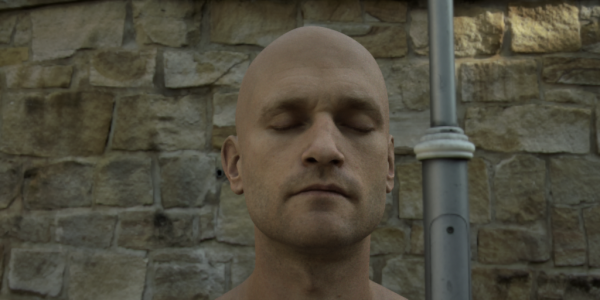 OTOY is also licensing an Octane Render software development kit to game developers and visual effects studios. This will allow those teams to implement this fast and efficient rendering solution into their custom software.

“Obviously, we’ve seen lots of interest from visual effects houses and movie studios that are eager to cut their render costs by 1/40 to 1/100 when they switch over to consumer GPUs with a solution like this one,” said Urbach. “Now that we’ve launched, that process can begin in earnest. We’ve also seen video game developers begin building next-gen game content around the Octane SDK in order to roll out cloud gaming titles in a few years time that look no different than real life.”

The technology could speed up the creation process for a number of existing studios, but it could also further drop the barrier of entry for small developers who can’t afford more expensive licenses for render farms. The greatest cost in developing games is the time that coders and designers are on the clock, and Octane Render could take a significant chunk out of that.