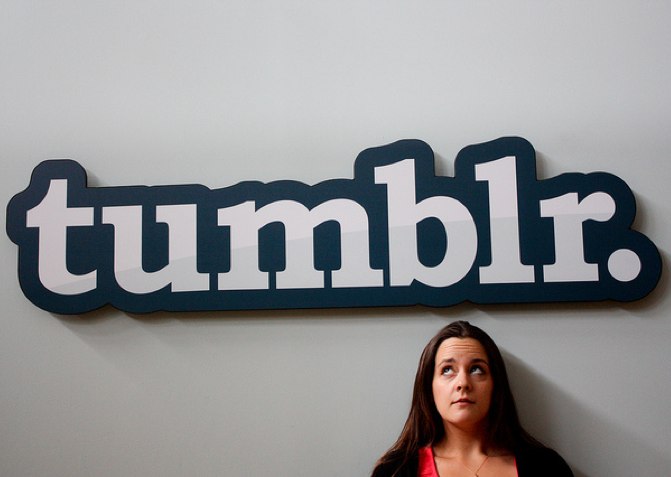 Blogging platform and social network Tumblr has joined the likes of Google and Facebook  to become one of the most popular web services in the U.S., according to analytics firm Quantcast.

Five-year-old Tumblr announced Monday that it made Quantcast’s top 10 list of networks in the United States. With a U.S. audience of more than 61.3 million people, Tumblr now holds the number nine spot on Quantcast’s list, which ranks sites based on the number of people in the U.S. who visit them each month.

“You guys have earned an audience bigger than the biggest TV networks, and you continue to make some of the most thought provoking, insightful, inspiring, funny, diverse, and compelling content being created today,” Tumblr founder and CEO David Karp proclaimed to members of the social network in a celebratory post.

Tumblr, which powers 82.3 million blogs, attracted a global audience of close to 170 million people in the past 30 days. The service also tallied 622.2 million visits and 17.88 billion pageviews in the same period, according to Quantcast, which directly measures traffic to the social blogging service.

In terms of U.S. audience, Tumblr still trails other social services such as Facebook (ranked third) and Twitter (ranked fifth). Google, which has an estimated monthly audience of 194.4 million people in the U.S., maintains the top spot on Quantcast’s list.

Tumblr’s top-10 feat is particularly intriguing because it comes amid an inside-baseball debate as to whether the market for consumer-facing companies has passed — especially in terms of their ability to raise follow-on funding. Union Square Ventures partner Fred Wilson, a Tumblr investor, ruffled some feathers over the weekend when he said that investor attention is now largely directed at enterprise plays because the consumer web has reached maturity.

We could read Tumblr’s dominance as proof of Wilson’s thesis. The consumer Internet’s territory has been claimed by rulers that will be nearly impossible to overthrow. More recent success stories such as Instagram or Pinterest (ranked twelfth on Quantcast’s U.S. list), however, suggest there’s still room for young consumer web or mobile companies to carve out spaces and audiences of their own.