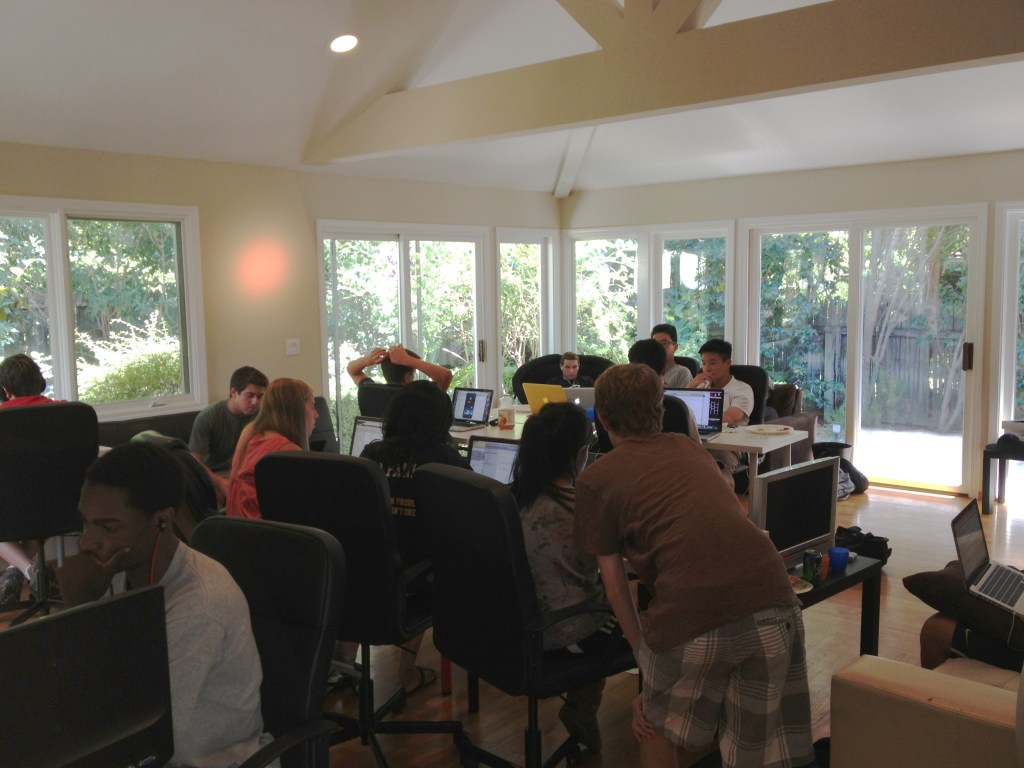 A crowning accomplishment of my teenage years was the custom version of Clue I made with a few friends, complete with a board, game pieces, and playing cards. Beyond the enjoyment of accusing our P.E. teacher of smothering victims with Sloppy Joes in the auditorium, this game contributed little to our futures.

A startup called MakeGamesWithUs is elevating this type of adolescent undertaking by teaching high school and college kids how to build iPhone games.

MakeGamesWithUs graduated from the YCombinator Winter 2012 and just launched its first social game in the AppStore. On the website, students take project-based tutorials that focus on hands-on, practical experience, rather than theory. Once they feel confident in their iPhone game development skills, they can begin building original games.

Students can engage with the MakesGamesWithUs community during the development process to get help, give/receive feedback, nurture ideas, and troubleshoot problems. As it nears completion, the MakeGamesWithUs team will incorporate professional art and music, help with debugging, and assist in adding trickier features. When the game is ready, MakeGamesWithUs will publish and promote the games for a share of the revenue.

To date, the startup has published seven games on the App Store. It just launched its first social game, Name That Jam!, where groups of friends challenge each other to name songs, earning more points the faster they guess. The game was built by a brother and sister team, still in high school, using MakeGamesWithUs’ Turn Based Multiplayer software development kit (SDK). This new tool makes it easy for aspiring developers to build social games, even without back-end knowledge.

“We founded the company to solve a problem we had when we were students,” said founder Ashu Desai. “This type of practical education is lacking from the traditional education system. Having built and shipped a product at an early age can really impact your outlook on life. We hope to inspire people to invest their time in both computer science as well as entreprenuership.”

MakeGamesWithUs has an educational as well as a publishing component. This distinguishes it from competitors like GameSalad and Chillingo, which support design/development and publishing (respectively), but not both. In some ways, it is like an incubator program for young iOS developers, providing the resources, support, and platform needed for success and taking a cut off the hits.

Instead of working on their tan or earning extra cash as a lifeguard, a group of 40 students spent their summer plugging away in the founders’ Palo Alto living room. The fruits of these labors will bloom over the couple of months, as MakeGamesWithUs plans to release 15 new games created during the internship program.

With all the laments echoing around the technology community about the shortage of engineering talent, this company is grooming kids early for careers as gaming moguls. Camp counseling is so 1990s anyway.