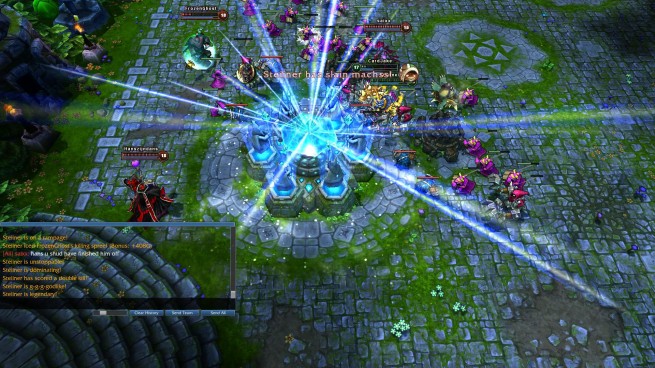 Sure, tons of people canceled their monthly subscriptions to big-budget massively multiplayer online games, but they aren’t saving that money. Instead, gamers are shifting to free-to-play games like League of Legends and World of Tanks.

That shift will stimulate a continued growth in worldwide MMO revenues, according to financial analyst firm SuperData Research. The think-tank expects the industry, specifically on the strength of free-to-play, to reach $9.5 billion by 2015. 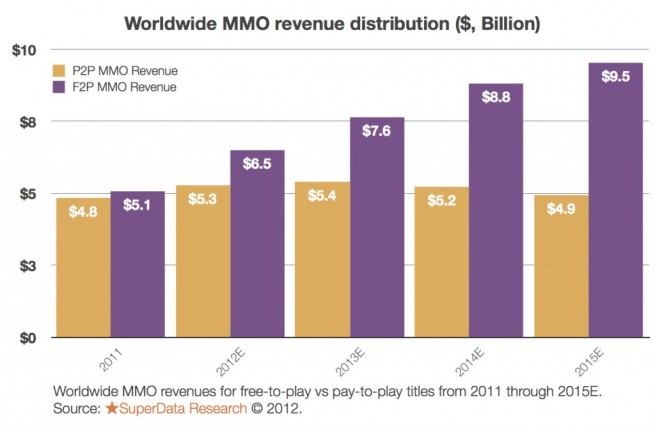 “I recognize that there is some debate over including League of Legends [in our data] since you can only build characters within a short timeframe and play with a more limited number of players,” SuperData business development manager Sam Barberie told GamesBeat. “But for research and competition purposes people tend to group it with MMOs, especially because you are still building and leveling up a character. Our data come directly from publishers and developers, so it’s sort of a two-way street of both them and us considering a game to be MMO.”

SuperData pointed toward 2012, where F2P games out-earned pay-to-play titles in all 12 months. This new model is here and it’s where the money is at.

League of Legends, a multiplayer online battle arena (MOBA) from developer Riot Games, is the best example of how lucrative free-to-play is for some companies. Riot sells players different skins for their characters — along with other in-game goods — to help personalize the player experience. This paired with the game’s popularity as a competitive eSport, which is always bringing in new players, generates major profits for the developer.

World of Warcraft still makes more money than just about any free-to-play game, but it also has pushed out all competing subscription-based titles. So while the traditional $15-a-month games have a clearer path to big revenue gains, it is also a market that’s nearly impossible to crack.