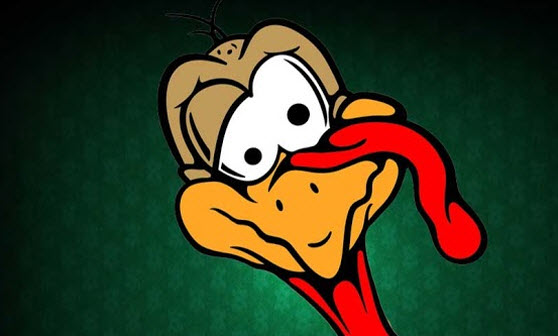 Mobile gamers were busy this Thanksgiving, and they weren’t just eating turkey. They downloaded so many games that they created a Thanksgiving surge, according to mobile app developer ad platform Chartboost. 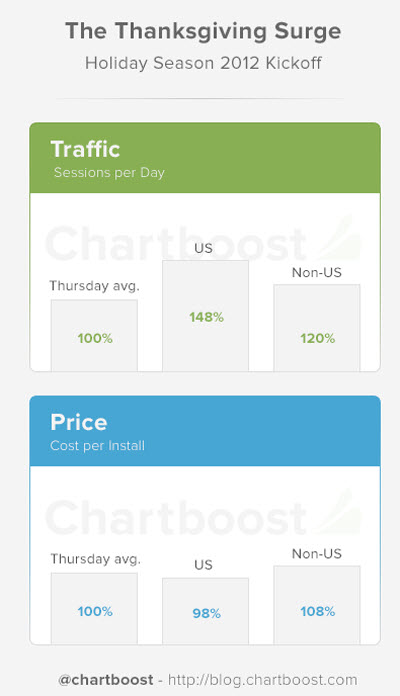 Mobile game downloads jumped on Thanksgiving, not just in the U.S. but around the world. The cost per install (or the promotional cost of getting one user to install an app) also rose on Thanksgiving outside the U.S., but it dropped a tad here. Developers who took the day off may have missed out on an opportunity to promote their apps.

Traffic surged 48 percent in the U.S. compared to the average Thursday while non-U.S. traffic rose 20 percent. Chartboost said that the cost per install dropped in the U.S. because the marginal increase in traffic carried with it ads (interstitials) that have lower bids. Also, U.S. companies that tend to dominate the mobile gaming market had the day off and didn’t optimize their campaigns during the day to capitalize on the large amount of traffic. That means they underestimated the potential of Thanksgiving downloads.

That’s a good lesson as the Christmas holiday season approaches. The data were collected from 8,000 iOS and Android games in the Chartboost network.