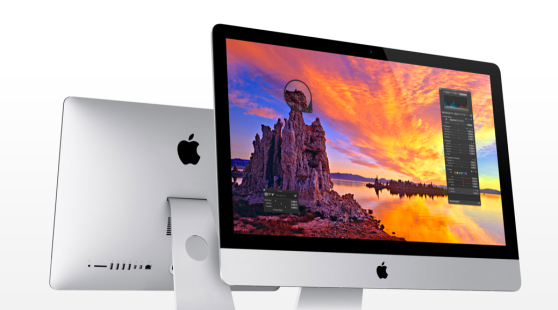 Announced alongside the iPad mini last month, the latest Apple desktops not only come with impressive displays, but at 5mm, they’re also impossibly thin.

Despite those dimensions, however, Apple managed to furnish the devices with some pretty impressive hardware. The 21.5-inch model ($1,299), for example, comes equipped with a quad-core Intel Core i5 processor, 8GB of RAM, and Apple’s hybrid Fusion Drive, which combines flash storage with a standard hard drive.

The 27-inch model, which goes in sale in December, starts at $1,799 and comes with a 2.9 GHz quad-core Intel Core i5 processor. Not bad for devices that are thinner than the iPhone 5.

Impressive specs aside, the release of the latest iMacs comes during a time when Mac desktops represent a paltry three percent of Apple’s overall sales. Unsurprisingly, most of that cash now comes from sales of the iPhone and iPad, which dominate Apple’s balance sheet.

Still, seeing how impressive the new desktops are, it’s not hard to imagine quite a few customers picking them up over the next few weeks.