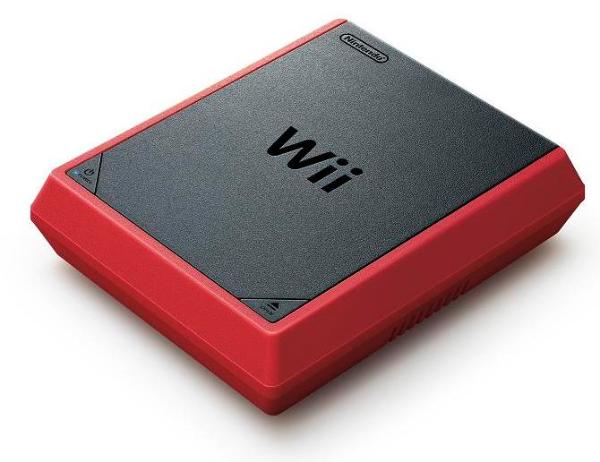 Nintendo is no stranger to sliming down their video game consoles. The NES and SNES both had a slimmer redesigned model released a few years after their initial debut. At it again Nintendo has just released specifics on the new Wii Mini. The Wii Mini will have a price tag of $99 and will only be available in Canada when it goes on sale December 7th of this year. The Wii Mini will be a toploader system featuring the Wii logo on the lid. A matte black finish with matte red borders adds a nice new look for this uniquely redesigned console. The Wii Mini will lack the capability to play Gamecube games or accessing the internet. The lack of internet capability could create a problem for the Wii Mini, but it will also insure that it won't pose a threat to Nintendo's newest next generation console the WiiU. The Wii Mini will come packaged with a sensor bar, red Motion Plus Wii Remote, and Nunchuck. Their is no word yet if the Wii Mini will be making an appearance outside of Canada.