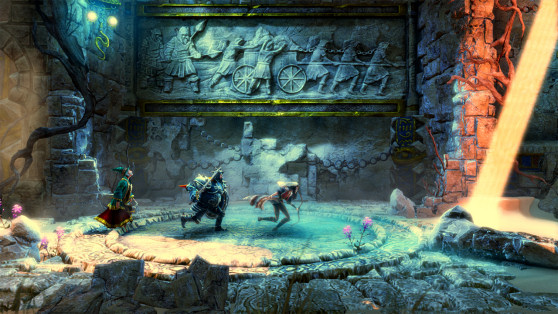 Click here for all of GamesBeat’s Nintendo Wii U launch coverage.

Indie developers seem to like the new Nintendo Wii U … a lot.

The video game console launched on Nov. 18 with a number of indie games (although Cloudberry Kingdom is behind schedule), and the flexible, stress-free setup of the eShop could help bring more developers on board. Frozenbyte, the maker of launch title Trine 2: Director’s Cut, is one independent studio that’s happy with the revamped digital platform, the Nintendo Network. Marketing manager Mikael Haveri recently told IGN that Nintendo is allowing developers to set their own prices and release dates.

“It is very close to what Apple and Steam are doing at the moment and very indie friendly,” he said.

Part of that includes making patches free to implement, encouraging them. “Simply put, [Nintendo has] told us that there are no basic payments for each patch — which were pretty high on most platforms — and that we can update our game almost as much as we want,” said Haveri. “For indie developers, this is huge.”

The indie treatment, then and now 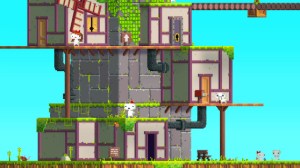 Developers have complained in the past of the exorbitant fees that publishers like Microsoft charge. “I mean, it costs $40,000 to put up a patch,” Tim Schafer of Double Fine Productions told Hookshot Inc. early this year. “We can’t afford that! Open systems like Steam, that allow us to set our own prices, that’s where it’s at, and doing it completely alone like Minecraft. That’s where people are going.”

Phil Fish of Polytron said in July — in a web entry that’s no longer on the developer’s blog but is recorded in full on sites like Kotaku — that he wouldn’t patch the broken patch for Fez (pictured top left) “because Microsoft would charge us tens of thousands of dollars to recertify the game.”

We asked Microsoft about its policies, and its response applied to Xbox Live Indie Games — not Xbox Live Arcade titles like Fez.

“As part of the $99 USD annual Xbox Live Indie Games membership fee, developers have the opportunity to update their game whenever they choose,” said Pete Isensee, the principal program manager in the Xbox Advanced Technology Group at Microsoft. “There is no additional cost per update. All updates must go through peer review.”

When asked about the differences on XBLA, Isensee said, “We cannot disclose these details but can say that Xbox Live Arcade titles must pass a rigorous certification process to ensure high-quality applications and game updates. XBLA titles also have access to a broad set of Xbox Live services, such as Title Managed Storage, that allow them to update the game’s content at any time.” It’s not clear at what cost. 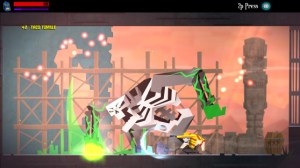 Microsoft also said that indie developers (on XBLIG) can set the price of their games based on size. “Games that are less than 150MB in size can be priced at 80, 240, or 400 points,” said Isensee. “Games larger than 150MB can be priced at 240 or 400 points. Developers also have the choice to either manually select their own custom release date or have their game automatically published to the Xbox Live Marketplace after it has passed peer review. Earlier this year, based on feedback from the development community, Microsoft updated its pricing policy, so developers now have the flexibility of changing the price of their game once every seven days.”

While Fish’s comments were explicitly directed at Microsoft, not every developer has issue with the company. Bruce Morrison, who worked at Freeverse and ported the 3D shooter Marathon: Durandal to XBLA before forming Man Up Time Studios this year, said he never encountered patch-cost issues with Microsoft, according to The Penny Arcade Report. “I got two free patches for my XLBA game,” he said via Twitter. “[Microsoft] can bend any rules they want. You just have to make a case for it.” But that was in 2007, and Fez came out in 2012. It’s possible the rules changed.

But what about Sony? Brandon Laurino, the executive producer for the free-to-play first-person shooter Dust 514, told Eurogamer in March that Sony actually removed barriers for them. As for patches, is the cost comparable to what Microsoft allegedly charges? “We’ve worked out a framework where it’s certainly not at that level,” said Laurino. “And essentially it’s not even a thought — it’s a completely trivial part of the equation.” 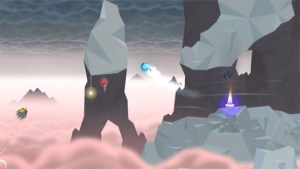 We asked the PlayStation producer about its stance on indie developers. “Indies have been able to set their own prices and release dates since SCEA [Sony Computer Entertainment America] opened up access to self-publishing back in 2008,” said Adam Boyes, the vice president of publisher and developer relations. “Allowing indie developers to publish their content how and when they want, using the business model of their choosing — including free to play — without the need of a traditional publisher, has resulted in the PlayStation platforms being the most accessible console in the marketplace. The Pub Fund program is further evidence of the importance we place on indie developers and self-publishing through guaranteed royalties and additional publishing and co-marketing support.

“As for fees,” said Boyes, “we do our best to remove any obstacles that would impact indies from self-publishing on the PlayStation platforms. SCEA hasn’t charged an indie dev a patch fee in over two years, which represents our passion for supporting the indie dev community.”

The Wii U is different — here’s what to expect

The experience with the Wii U seems to be friendlier than these platforms from the outset, which could put the console in good standing with indie developers and make it the more appealing option.

Martin Pichlmair of Broken Rules, the developer of indie game Chasing Aurora (pictured middle left) for the Wii U, told GamesBeat, “The eShop is a huge step forward for Nintendo. We’re setting our own price, we can do sales, and patches and updates to the games are simple to submit. There is still a strict QA [quality assurance] check by Nintendo, of course, which we regard as very valuable. That, all together with the ability to download digital copies of triple-A retail games, should make it attractive for a lot of players.”

Pichlmair also noted that since the marketplace is less crowded, it’s easy for small developers like Broken Rules to stand out — an advantage especially around the time of launch, when the selection of games for a console is thinnest.

“[Nintendo] never gave us the feeling that we were second-class citizens just because we’re one of the smallest studios they’ve worked with for this console launch,” said Pichlmair. 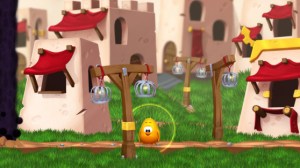 He added, “I can personally only compare them to Steam because we have no game on Xbox Live Arcade or PlayStation Network. Nintendo provides hardware, QA, and marketing whereas Steam provides a huge community and a great user experience — even for a developer. Both platforms have their pros and cons.

“It is unlikely that the eShop [will generate] the sprawling ecosystem for indie games that iOS and Steam created,” he said, “but I am certain that there will be many more indie games on this platform than on any Nintendo platform before — not at least because the hardware is comfortable to develop for.”

Collin van Ginkel, the co-founder of Two Tribes — which is releasing its puzzle-platformer Toki Tori 2 (pictured bottom right) on Wii U first on Dec. 20 — also favorably compared the eShop to Valve’s service. “It’s a lot like Steam’s setup, which has enabled us to keep reaching new players even years after we release our games,” he told GamesBeat. “It’s still [in its] early days, but we’re completely on board with Nintendo’s new approach so far.

“We were skeptical at first since our experiences on WiiWare and DSiWare had been a mixed bag, but the system Nintendo has put in place is about as good as it’s going to get for indie developers,” he said. “There honestly isn’t much we’d like to see them change.”