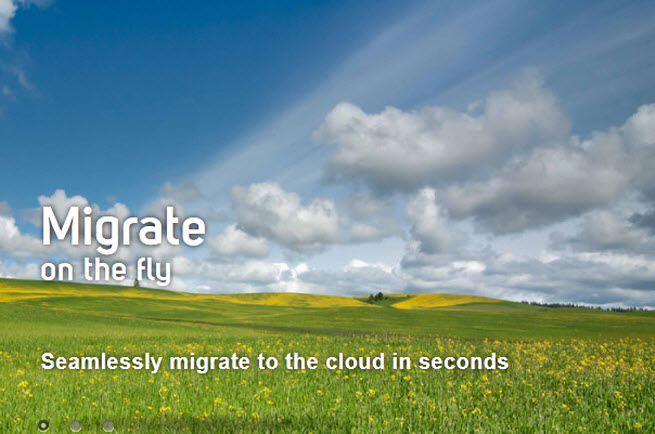 With all of the migration to cloud-based services in the enterprise, it’s worth noticing that server spending has been flat at about $50 billion a year. But managing and administering to the cloud and all of the virtualized apps that it spawns has become a huge expense and the cost is growing at an alarming rate.

That’s the problem that SnapVolumes hopes to address with a clever tool for keeping track of everything. The Los Altos, Calif.-based company recently raised $2.3 million from industry executives to attack the problem of managing their apps. It does so by enabling enterprises to run a single copy of a major app, said Raj Parekh (pictured), chief executive of SnapVolumes, in an interview with VentureBeat.

[Editor’s note: VentureBeat’s CloudBeat conference tomorrow and Thursday is all about showcasing these revolutionary ways companies are managing cloud environments; it’ll include presentations from a range of companies of the same ilk of SnapVolumes, from application management companies like NewRelic, to integration specialists such as SnapLogic. Are you an entrepreneur? Click here and come at a discount.]

SnapVolumes was founded by experts on virtualization, Windows kernel, and security: Matthew Conover, Shaun Coleman and Matthieu Suiche. The cloud — or web-connected data centers powered by racks of computers known as servers — allows users and companies to log into their virtual environments, which are supported with dynamic cloud data centers. A single server can be more fully utilized by virtually dividing it up into parts that can handle different tasks. That results in huge capital spending savings, as it reduces the total number of servers an enterprise needs. 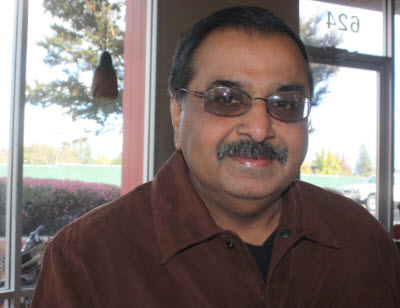 But tracking all of those divisions between apps and companies (that is, the number of virtual servers) isn’t something that today’s enterprise information technology tools were designed to do. The result is substantial overhead and costs associated with application deployment, support, management, security, and infrastructure. IDC recently reported that the “virtualization management gap” is costing enterprises $100 billion a year and it is growing at an unprecedented rate.

“The expense is related to the number of virtual machines out there,” Parekh said.

The problem is that for every 1,000 employees, companies have to run about 1,000 copies of apps such as Microsoft Office.

To address the problem, SnapVolumes has developed an entirely new approach, running one app per thousands of virtual machines.When an app has to be updated, the changes are made to one copy.

“No one can do that today,” Parekh said. “There is still no good solution.”

What you need to accomplish this, Parekh said, is talented engineers who understand the nature of physical memory in the infrastructure, and the security associated with each copy being used.

“We build a bridge of the logical (virtual server) and the physical, and our software operates on both sides at the same time,” Parekh said. “We set up a control network that can scale to tens of thousands of virtual machines.”

SnapVolumes inserts a small piece of its software in every virtual machine, with another piece in the physical world handling control procedures. It’s almost like a watermark for virtual servers in the cloud. The company supports all server, desktop and other apps without requiring too much effort. It costs $600 per year to manage each virtual machine today. Parekh hopes to cut $200 a year out of that cost.

SnapVolumes is led by CEO Raj Parekh, former CEO of Virident and a former chief technology officer and vice president of engineering at Sun Microsystems. He has recruited engineers who worked at VMware, Citrix, EMC, Symantec, Microsoft and Trend Micro. Suiche, a former Microsoft MVP (most valuable programmer) and Conover, a security expert and former technical director at Symantec Research Labs, have focused on a creating a system that is secure. The company was founded in early 2011.

“The ever-expanding virtualization management gap will simply stall cloud momentum,” Parekh said. “A solution must be fully automated, fit seamlessly with all clouds, hypervisors, operating systems and apps. It must be secure, easy to use and fit with existing tools from major players like VMware, Citrix, Dell and Microsoft. There exists no such product in the market today with these attributes. At SnapVolumes, we are developing a patent-pending solution to address critical issues, reduce CIO headaches and save millions of dollars in operational expenses ‘in a snap.’ Due to the size of the opportunity and urgent need from customers, we plan to form key partnerships with industry leaders as we complement their solutions.”

Board members at SnapVolumes include Henrik Rosendahl, former CEO of Thinstall (acquired by VMware in 2008); Klaus Oestermann, an executive at Citrix Systems; and Prashant Shah, former managing director at Hummer Winblad Venture Partners. Investors include TiE Angels of Silicon Valley and former industry executives who worked at Brocade, SAP Labs, Infoblox, Symantec, EMC, Citrix, and Tibco also participated in the round.

“SnapVolumes has the potential to fundamentally change the way that enterprise desktops, server and cloud platforms are managed,” said Simon Bramfitt, founder and principal analyst with Entelechy Associates. “The ability for IT to easily adapt their enterprise applications to the dynamic and elastic nature of cloud computing is a remarkable benefit. SnapVolumes technology is the closest thing to magic I’ve ever seen.”