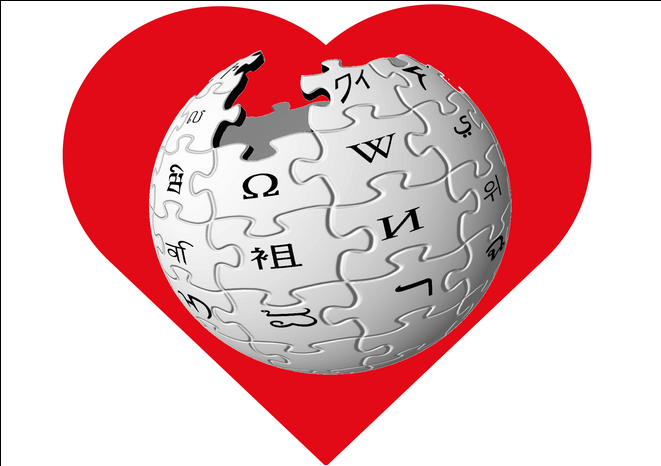 This year marks the Wikimedia Foundation’s ninth annual drive; the foundation is trying to raise a total of $25 million to be used toward keeping Wikipedia and its sister projects alive and kicking.

As the foundation noted this morning in a release, most of its funding will continue to come from grants and donations from other sources, not the annual campaign.

Funds will be used for software upgrades, more editors, accessibility projects, and a continued ad-free user experience. One of the foundation’s special projects, which focuses on better access for feature phones on sub-par mobile networks, helped to create big usage spikes in parts of the developing world, meaning that the people who need factual information most are getting it.

“Our fundraiser succeeds the same way Wikipedia does, with millions of people contributing what they can so we can keep the site freely available for everyone around the world,” said Wikimedia executive director Sue Gardner in a statement on the news.

“People tell me they donate to Wikipedia because they find it useful, and they trust it because they know it’s written for them. Our readers fund the site, which keeps us independent and able to deliver what they need and want from Wikipedia — exactly as it should be.”

This year’s campaign will use web banners to highlight a few hand-picked editors, photographers, and free-knowledge advocates, all of whom contribute to various Wikimedia projects, including Wikipedia. The notable Wikipedians include:

Poongothai Balasubramanian, a retired math teacher from India, has created 250 articles on quadratic functions, probability, charts, graphs, and has recorded pronunciations for 6,000 words in Tamil, her native language. “I’m a volunteer. No one pays me. But helping edit Wikipedia has become my life’s work,” she said. “Even though I’m not in the classroom, I’m still doing what I care about most: helping a new generation of students learn, in the language I love.”

Andrea Zanni, a Wikimedia Italy chapter member and digital librarian who contributes public domain and freely-licensed texts to Wikisource, said his experience with the Wikimedia movement has facilitated his self-expression and shaped his life. “Wikipedia is one of the few things that really enables people to be useful, to have an impact with a little effort,” he said. “Wikipedia is really empowering. It’s really a framework of good faith, of good will.”

Ravan Jaafar Altaie, a Wikipedian from Iraq who writes about Leonardo da Vinci and the moons of Jupiter, tells her story of contributing to Arabic Wikipedia and influencing hundreds of thousands of people through articles she’s written. “This is my wish and one of my dreams to make a real change in the world. I think Wikipedia gave me this chance to make a huge difference in this world,” she said. “It’s like an investment for your future, for your children’s future.”

Ken Thomas, a photographer from North Carolina, donates his photos to Wikimedia Commons under the CC0 public domain license. “Putting a photo on Wikipedia is an act of generosity,” he said. “I don’t own the bird. I don’t own the light. I don’t own the tree branch that the bird was sitting on. I take these pictures because I want people to see how beautiful these things are. Who am I to charge for that?”

Erlan Vega, an English teacher from La Paz, Bolivia, said he improved his English competency and earned international certifications because of his experience editing Wiktionary and collaborating with English speaking Wikipedians. “In my education system, people don’t usually write or create,” he said. “Giving me the opportunity to be creative and to be recognized for something I write has really been a turning point in my life.”

Of course, like NPR’s Pledge Week, the banners will continue to guilt-trip you long after you’ve made your donation, but you’ll feel better once you get it out of the way. Go get your donatin’ on; the world will thank you for it.