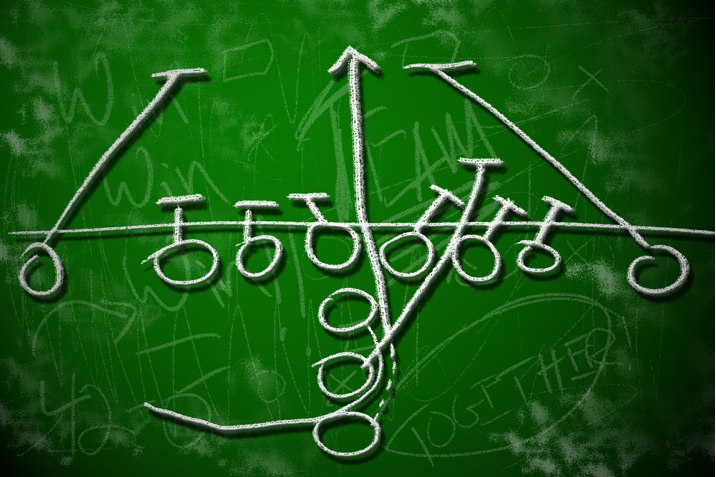 In her first public interview as Yahoo’s CEO, Marissa Mayer channeled Vince Lombardi, the legendary former coach of the Green Bay Packers, to explain how she prioritizes her demanding life. Mayer co-opted one of Lombardi’s famous sayings to highlight that, for her, life is about God, family, and Yahoo — in that order.

At the invite-only, media-excluded event hosted by Fortune, Mayer spoke like a seasoned pro and demonstrated that she is everything Yahoo is not: pretty, seemingly perfect, and focused. Yet the fresh-faced CEO of the downtrodden Internet company told interviewer Pattie Sellers that her new job, which is to quickly fix Yahoo’s many flaws, has been surprisingly “fun.” 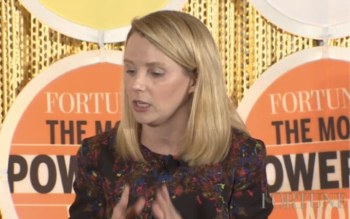 It is hard to imagine considering that Yahoo, once an Internet titan, has been left in the dust by more agile, more mobile-attuned competitors such as Google and Facebook which have stepped in to give consumers what they really want from the web.

But Mayer insisted that Yahoo is everything that people want, they just don’t know it yet. What do people want? Mail, weather, stock quotes, sports scores, photos, videos, and news, she said.

“We have the content. We have all of the information that people want on their phones,” she said. “Now it’s about making it easy and relevant to use on mobile.”

How does Yahoo do that without its own mobile operating system, hardware, social network, or browser, all missing pieces Mayer was quick to point out? Easy. Partnerships. Mayer said that Yahoo plans to partner with the best folks in each of those areas to get the distribution it needs.

As Yahoo executes on the mobile and partnership pieces, the company will also go after low-priced, under-performing startups with great talent, Mayer said. This means that you can expect to see Yahoo make multiple acqui-hires, just as it did it when it purchased the talent behind Stamped.

For what’s it worth, Mayer also plans to go back into hiding and stop talking publicly, because, as she said, the key to her success has been to “ruthlessly prioritize.” Perhaps that explains why the wife of handsome investor Zachary Bogue and the mother to two-month-old Macallister doesn’t really tweet, except when it benefits her interests.

Some other things to note: Yahoo won’t be getting into the maps business under Mayer’s tutelage, Flickr sounds like a renewed area of focus for the company, and all employees have specific goals that are published to an internal website to keep them accountable.

Oh and that Lombardi reference seems intentional. Lombardi was brought on as the coach of the Green Bay Packers after an ambismal 1958 season that the franchise closed with a 1-10-1 record. In Lombardi’s first year, he lead the 1959 Packers to a 7-5 finish and was named the National Football League’s Coach of the Year.

Mayer, by the way, happens to be a current candidate for Time’s Person of the Year honor. She’s asking for your vote in more ways than one.