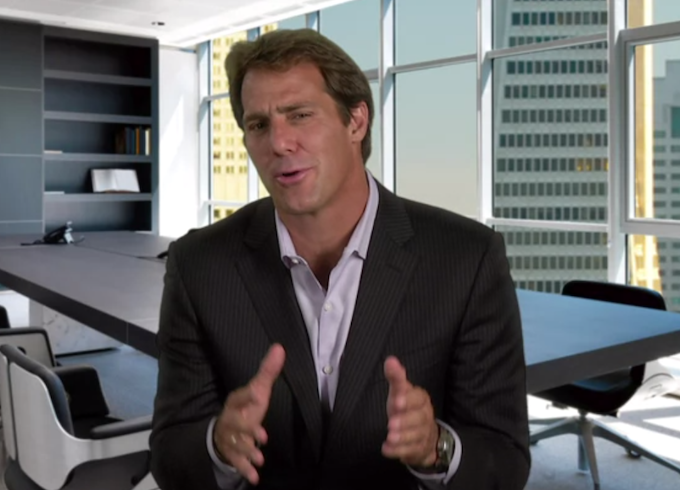 Dave DeWalt — known for his big personality, top-secret government clearance, and work as former chief executive at McAfee — is taking over as chief executive for security company FireEye today.

“I’ve had a lot of CEO opportunities since  McAfee and this was the best I’ve seen,” said DeWalt in an interview with VentureBeat. “I’ve watched FireEye for many years. From McAfee, I thought it was tremendous technology. It made me a little nervous.”

DeWalt has served as chairman for FireEye since June and says he wanted to spend some time close to the company before jumping on as chief executive. Prior to this, he helped steer Intel’s acquisition of McAfee during his time at the antivirus company and has since advised the White House on the National Security Technology Advisory Council. Ashar Aziz, the founder and former chief executive of FireEye will step into the chief technology officer role.

DeWalt told me he wants to lead the company to an initial public offering as soon as possible. When I asked if he’d like that to happen by the end of 2013, DeWalt said, “Or sooner, it all depends. I believe the company is prepared for an IPO as soon as now. [But] with the fiscal cliff going on … probably not right now. First half of 2013, maybe we wait until the second half of 2013.”

FireEye protects businesses from malware and protects emails and files by watching viruses’ behavior. Traditionally, businesses used antivirus software that only looked at a signature, or a part of the malware that identified what it was. It then blocked known malware and kept the system safe from the threat. The only problem with this sort of protection is that malware changes quickly. Malware writers are well aware that if they change the identifier of their virus, they can easily slip through the anti-virus cracks.

What FireEye does is it connects your company’s network up to virtual machines, or separate computers that live in the same physical servers. The technology learns how your systems and apps work, what a normal day is like for them, and then watches for anything weird. Before anything is allowed into your network it passes through the virtual machines. If something is, in fact, weird, FireEye blocks it from ever entering the system.

“FireEye in a lot of ways has done with Palo Alto [Networks] has done, created an uber-box that sits on the perimiter, sits in the cloud, that lets us watch behavior in real time,” said DeWalt.

Palo Alto Networks is a firewall company that recently went public. The company’s technology also sits on the perimeter (as firewalls do) and only allows certain parts of an application to enter the network based on the IT department’s permissions.

“We’ve got tremendous head room and growth. We even announced some faster numbers than they had,” DeWalt said.

FireEye was founded in 2004 and is based in Milpitas, Calif. The company has taken funding from Sequoia Capital, Norwest Venture Partners, and Juniper Networks.