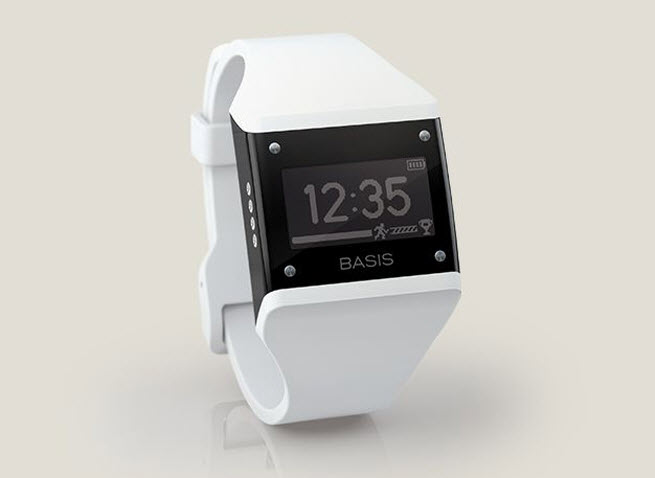 Fitness tracking devices have invaded our lives, seeking to quench our thirst for data about whether we’re healthy or not. But Basis Science is hoping to create the mother of all devices with the unveiling today of its Basis Health Tracker and accompanying cloud-based web service. 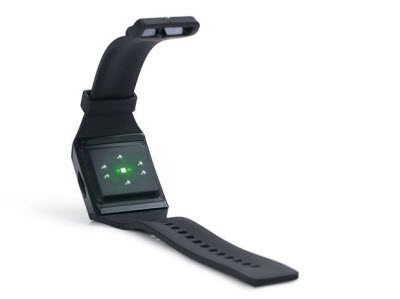 The multisensor device doubles as a wrist watch, and it monitors your heart rate, sleep patterns, and how much you sweat. Then, it takes that data and presents it to you in a useful way, allowing you to keep track of your health trends over time, said Jef Holove, the chief executive of Basis Science, in an interview with VentureBeat.

“Every year in their quest to become healthier, millions of people join a gym, start a new health program, or download a fitness app,” said Jef Holove, CEO, Basis in San Francisco. “But often these approaches require us to log our lives manually, are too rigid to accommodate life’s ups and downs, or can be too time-consuming to fit our busy schedules.”

The $199 device uses a novel optical blood flow sensor to track your heart rate. It shines a light-emitting diode (LED) light into your skin. Then it measures the light that bounces back to see how much blood is flowing through your veins. It uses that information to calculate your heart rate. That data is what is missing from standard pedometers and fitness trackers from companies such as Jawbone, Fitbit, Nike Fuelband, and Striiv.

“We felt that being the best fitness tracker in a series of trackers wasn’t the best goal,” said Holove. “We wanted to improve users’ health.”
Basis has spent a few years figuring out how to get people to truly adopt lasting healthy habits. It says that research from the International Journal of Sport and Exercise Psychology shows that approximately 50 percent of people starting a new exercise regime drop it within six months, citing lack of time as a key reason. With Basis, all you have to do is wear the watch all day long. 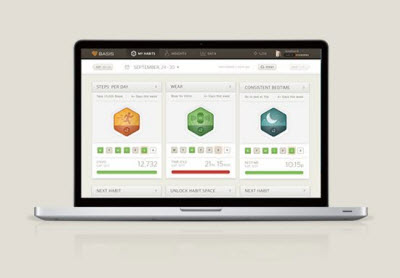 Basis helps you become aware of your fitness with minimal effort and plenty of nudges and rewards. But it isn’t overly game-like since many people take their health very seriously and don’t think of it as a game, said Holove. He believes that allowing people to make small changes in their fitness and sleep routines works best for a busy lifestyle.

Basis offers you rewards in the form of points when you achieve your goals. On the website, users can access data on more than 10 different habits related to their physical activity and sleep. Recommendations include getting moving, particularly if you’ve been sitting around for a half hour. The device can also prompt you to go to sleep at the same time each night, and it explains why that is important to your overall health. You can then drill down on the data and look at your sleep pattern over a period of month. You can slice the data any way you want and see how active you are compared to the prior week.

Like other devices, Basis uses a three-axis accelerometer to sense motion. That sensor captures your footsteps. As mentioned, it also captures your heart rate. A galvanic skin sensor captures your perspiration and skin temperature. The device also detects the temperature of the air so that it knows whether your skin is hot because of exercise or the weather. The device can also detect just how much impact your workout is having on your body. It captures your sleep down to the minute and figures out if you woke up at all or had a good night of uninterrupted sleep. 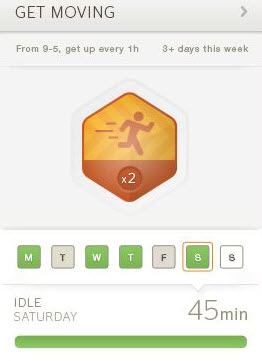 All of that physiological data is then uploaded to a secure, cloud-based service where Basis calculates your activity — including steps taken, calories burned, sleep quality, and resting heart rate. The process is automated, so you don’t have to remember to turn the device on when you wake up or otherwise switch modes manually.

That data should make “quantified self” fans happy because they can delve into a search of self-knowledge. But Holove said that Basis wants to strike a balance by giving you enough information so that you can answer the question, “Now what?”

Holove said that it took a long time to get the service right. But the delays in launching the product also helped lower its overall costs. The optical blood flow monitor is similar to the kind used in hospitals to monitor your heart rate. Over time, that technology has gotten cheaper and light enough to wear on your wrist.

“We wanted to take more time on the device itself, testing it fully for quality reasons,” he said. “We also spent more time thinking about what we wanted to achieve.” The team looked at books such as Persuasive Technology to get a sense for what some of the big thinkers thought about improving health.

Founded five years ago, Basis Science has raised $9 million from Norwest Venture Partners and Doll Capital Management. You can buy the Basis Health Tracker on the company’s website. Shipments start in early December.

The company was started by Nadeem Kassam, who had previously started an entertainment company. A dedicated Bikram yogi, he decided that something fundamental was missing in health improvement.

Tim Chang, a former partner at Norwest, noted recently that it would be cool to wear the tracker and then compare it to your Google Calendar. You could then figure out how stressful it is to drive on the Bay Area’s 101 freeway at rush hour or how stressed you get in a meeting with your boss. Holove said Basis doesn’t measure those things yet, but they could be on the horizon.

Here’s a video of Holove showing off the Basis Health Tracker.