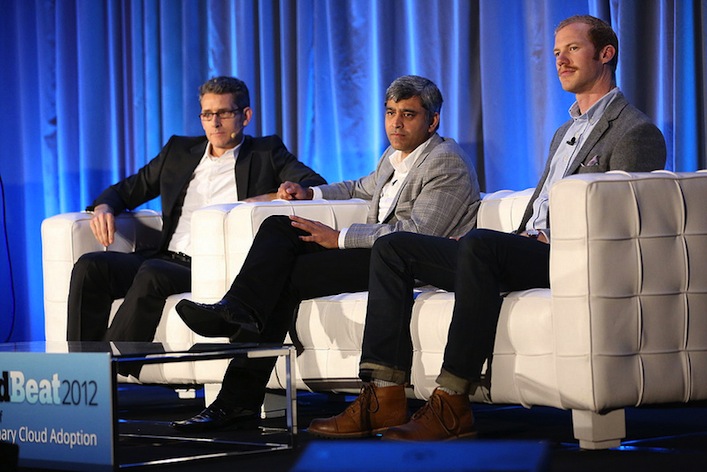 Amit Singh, president of enterprise at Google, is ready to fight. Amazon and Google traded blows this week, each lowering their cloud services prices in response to the other.

Amazon, which held its own cloud conference this week, announced on Wednesday that it is lowering its cloud services pricing by 20 percent. This came only two days after Google announced that it lowered its cloud storage pricing by 25 percent. Google responded to Amazon’s price drop by taking an extra 10 percent off today.

Got to love price wars.

“Look, we are happy to compete,” said Singh at the CloudBeat conference in Redwood Shores, Calif. “We believe our storage is actually better. We’re seeing some of the largest Amazon customers actually test and migrate over to our infrastructure because it is unique what we do.”

Singh went on to say that he believes pricing for the public cloud, especially from big companies like Google should continue to go down. When asked whether or not it should be free, Singh said he didn’t know if that would actually happen. He did say, however, that it was possible.

But while Amazon is a big competitor for Google — a competitor getting a lot of attention right now — Microsoft is still in the game. It seems Microsoft might be going off in its own direction, according to Singh, making them less of a concern.

“The legacy is going the other way. You know, Microsoft just increased their prices by 15 percent for no reason. It’s ludicrous. I mean, for what? For the same products and the same users you charge more money?”

For now, Google will continue to build on top of its cloud products, which include Google Docs, Google Apps, Google+ Hangouts, and more. In particular, Google Apps is “going through a big hockey-stick.”

Check out a video of the panel discussion below: