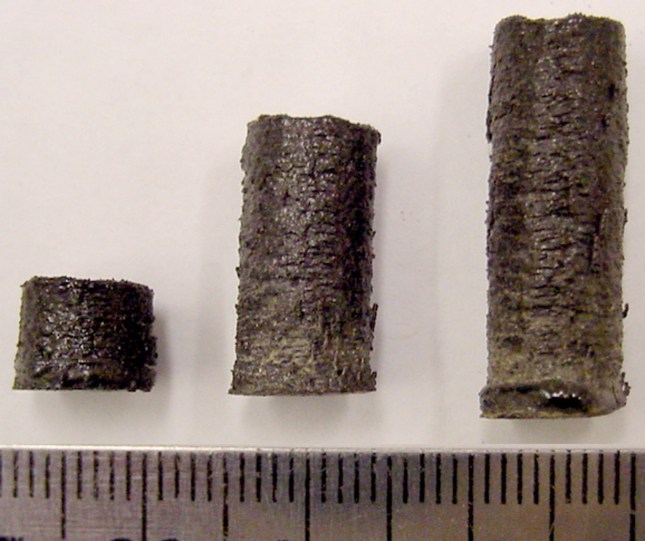 Using a 3D printer, Bandyopadhyay and his team were able to construct tools with regolith simulant parts — also known as fake moon rocks.

“This isn’t a prank. You can come to come to our labs and see it for yourself,” Bandyopadhyay told VentureBeat earlier today.

A gift from the folks at NASA, the simulant rocks aren’t completely identical to what you’d find on the moon, but they’re  pretty close. The material, which behaves a lot like silica, contained compounds like aluminum oxide and calcium oxide —  just like the moon’s surface.

“There’s a lot to learn when you use simulant material,” said Bandyopadhyay, whose previous research investigated how to print bone-like orthopedic implants from ceramic.

The utility of his moon-rock research seems a bit more dubious in comparison until you consider its applications. With a powerful and capable 3D printer, future space explorers might be able to print needed materials on demand rather than transport them. Just consider how much energy that would save.

While the research so far is mostly proof-of-concept, the early results are still pretty promising. More, they show just how powerful a technology like 3D printing can be once you start asking the right questions.