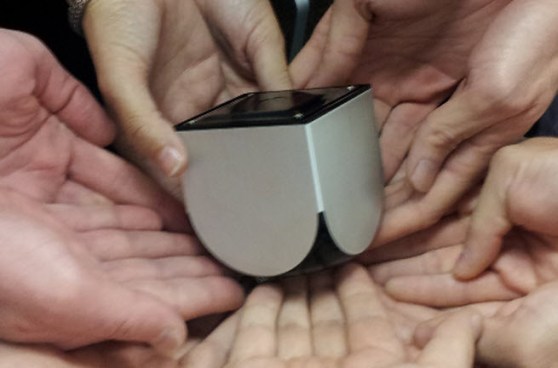 Ouya said today that it will ship developer versions of its game console this month as planned. That means the company is on schedule for shipping its indie-oriented game machine to consumers starting in the spring.

The company, which raised more than $8 million via crowdfunding earlier this year, said it is shipping its prototypes to hundreds of developers on Dec. 28 and that those kits should arrive within a couple of days.

The prototypes are early versions of the Ouya console and controller, designed for developers to test their games.

“Our Kickstarter developers are the first to get a crack at ’em!,” Ouya said in its post. “We’re psyched to have you on board, and we can’t wait to see what pours from your brain!”

The Ouya development kit (ODK) has software tools that handle tasks, such as making sure the controller talks to the game. The early version of the ODK is being tested now, and developers will be able to download it from the web portal soon. Ouya is also working on the Jelly Bean version of Android to optimize the user interface so it looks good on a big screen TV.